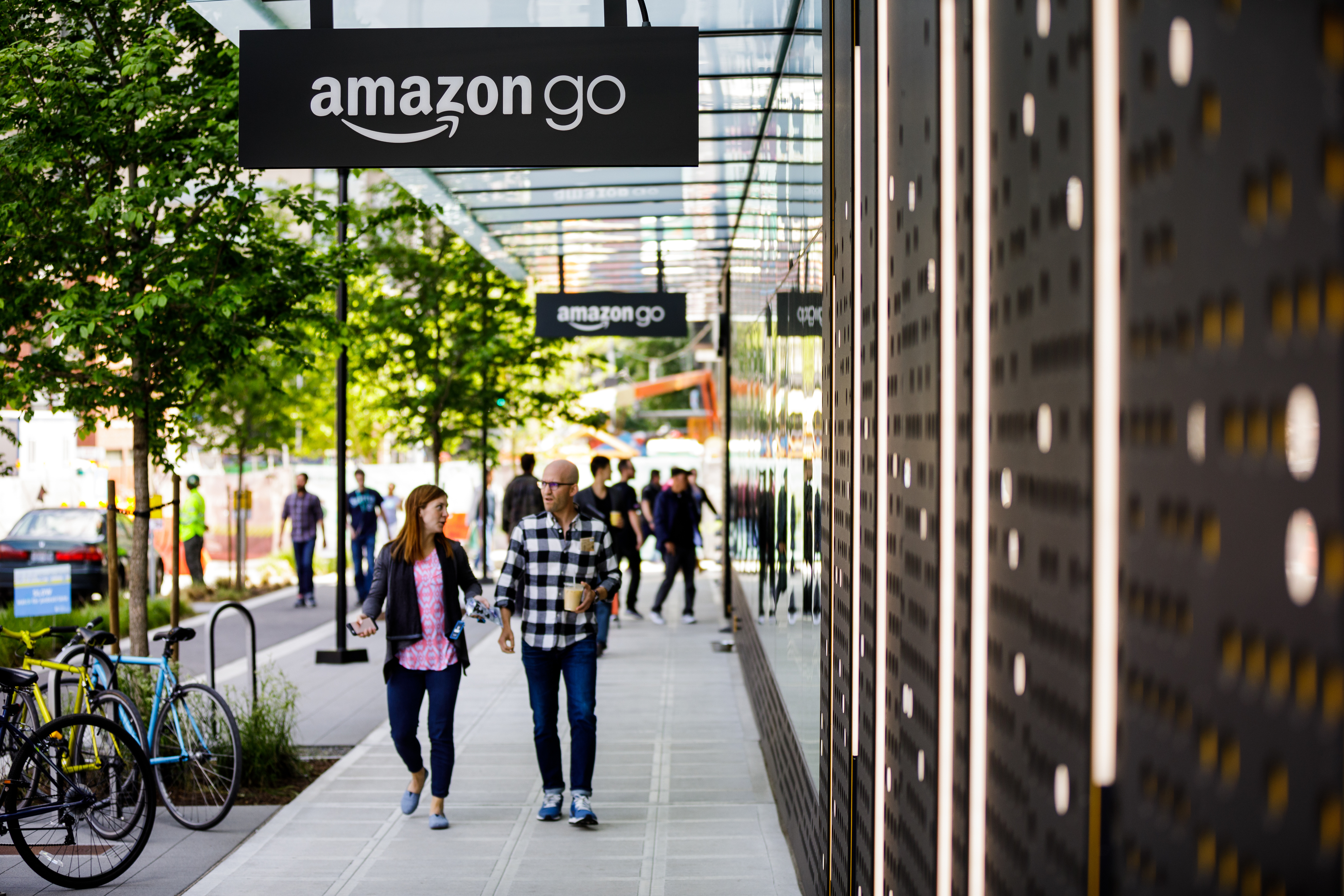 The world’s biggest online retailer on Tuesday is set to open ‘Amazon Go Grocery,’ a store in Seattle’s Capitol Hill with four times the shopping space as the first cashierless location it opened to the public in January 2018. The concept targets customers in residential neighborhoods rather than office workers, whom the smaller Amazon Go convenience stores serve.

The new format reflects Amazon’s ambitions to capture more of shoppers’ weekly spend through groceries, increasing competition with national players Kroger, Albertsons and others. The company, once famous for selling books online, was long rumored to be working on a new chain of physical grocery stores that would cater to a more diverse set of tastes than up-market Whole Foods, which it acquired in 2017.

As with Amazon’s convenience stores, customers scan an ‘Amazon Go’ smartphone app on a gated turnstile to enter and start shopping. Hundreds of ceiling cameras and shelf weight censors ascertain what customers add to their carts, and their on-file credit cards are billed once they leave the store – no cashiers or checkout lines necessary.

If a shopper puts an item back on the shelf after looking at it, Amazon removes the product from his or her virtual basket.

That was a major technical challenge to address in the new format, which includes produce priced per item from Whole Foods’ suppliers, as well as baked goods, fresh meat and seafood. Amazon trained its technology to manage how shoppers inspect the fruit they buy, said Dilip Kumar, the company’s vice president of physical retail and technology.

“There’s a lot more interaction that tends to happen” with produce than a can of Coke, Kumar said.

The new format is not the same as a full-fledged supermarket; for instance, it has fresh cold cuts in packages but not a deli or seafood counter, as at other grocers where associates offer expansive selections of items.

How much Amazon was saving on cashier labor, versus spending on cameras that underpin its technology, was unclear. The company said it hired “several dozen associates” for the location, who interact with shoppers and re-stock shelves.

Amazon will not fulfill customer orders out of the Seattle store, it said.

Asked whether the format represented a more profitable grocery model, Kumar said, “Our goal is to be able to figure out how to be relevant for customers in whichever neighborhood that we’re in. If we do a good job, good things happen. If we don’t, we course-correct.”