Bad Week for the Bears

HomeFinanceBad Week for the Bears
30 Oct
0

Bad Week for the Bears 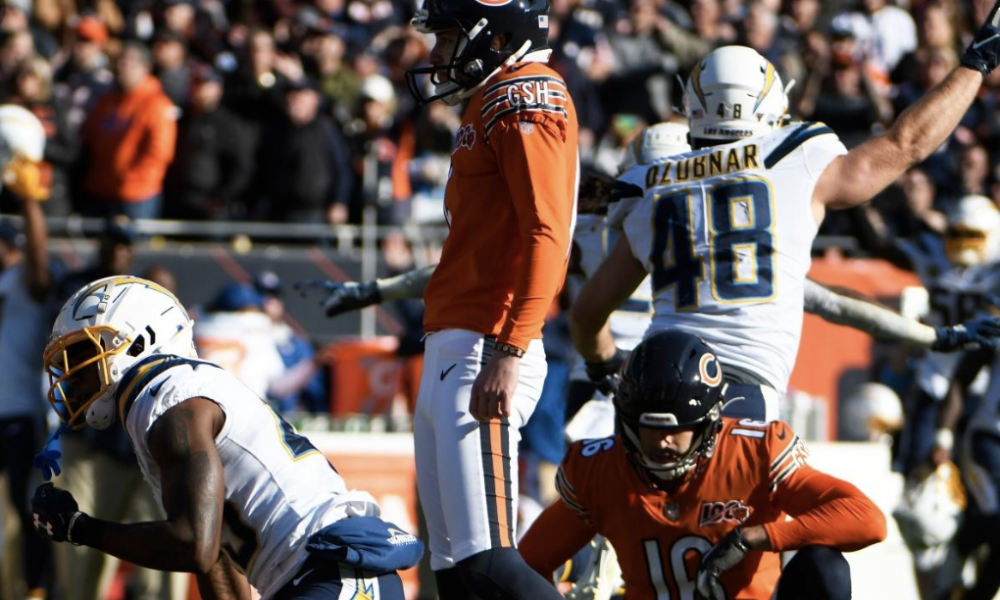 By Eric Kuby for IRIS.xyz

The market rallied towards record highs as the corporate earnings, trade, and Fed headlines were all somewhat sanguine. Corporate earnings continued to modestly exceed the low bar that was set for the third quarter, as the blended (combines actual results for companies that have reported and estimated results for companies that have yet to report) earnings decline for the quarter shrank to -3.7% from an earnings decline of -4.8% last week. There were no significant developments or setbacks in the trade negotiations with China. There was no change in the widely held expectation that the FOMC will cut the federal-funds rate by 0.25% on Wednesday. Significantly, the market seems to have gotten comfortable with the likelihood that the FOMC language on Wednesday will be more data dependent rather than outlining a path for more rate cuts. I believe that this comfort comes from a more positive short-term outlook for the economy, as recession fears wane somewhat. As evidence, the yield on the Ten-Year Treasury ticked up another 5 basis points to 1.80%.

The S&P 500 finished up 1.22% to close within 1% of its record high set at the end of July, while the tech-heavy Nasdaq 100 gained over 2% to reach a new high. Small cap stocks also rallied, with the Russell 2000 gaining 1.51%, but are still 10% below the level reached in August 2018. This decade old bull market continues to be unloved by investors, as Barron’s Big Money Poll registered its most bearish reading in more than 20 years. On balance we believe that negativity probably makes the market less risky than if there was the type of exuberance that usually accompanies a price bubble.

Speaking of negativity, can someone explain how the Bears lost on Sunday?

It’s the busiest week of earnings season with 156 S&P 500 companies releasing results for the third quarter. Given the recent strength in the market it seems likely that we will test the record highs for the S&P 500. The China trade talks seem to be a tailwind rather than a headwind as over the weekend China issued a statement saying that the text for the phase-one deal with the U.S. is “basically completed”. The economic calendar is busy with the Friday release of the jobs report for October likely in focus. The big event of the week will be the FOMC rate decision on Wednesday, with the consensus calling for a 25-basis reduction and language suggesting a potential pause and a shift back to data dependency going forward.

Stocks on the Move:

GW Pharmaceuticals PLC (+14.73%) is a biopharmaceutical company focused on discovering, developing and commercializing novel therapeutics from its proprietary cannabinoid product platform in a broad range of disease areas. Needham & Co. initiated research coverage with Buy rating and $200 (69% upside) price target. GWPH is a 1.09% holding in the North Star Opportunity Fund.

Rocky Brands Inc. (-16.64%) acts as a designer, manufacturer, and marketer of premium quality footwear and apparel. Third quarter net sales increased 2.0% to $67.2 million compared to $65.9 million in the third quarter of 2018. The Company reported third quarter net income of $5.6 million, or $0.75 per diluted share compared to net income of $5.0 million, or $0.67 per diluted share in the third quarter of 2018. Jason Brooks, President and Chief Executive Officer, commented, “We continue to have success capitalizing on the key growth opportunities we have identified for our Company. Our retail division is benefitting from the investments we have made in people as well as systems & processes which are driving strong sales increases across both our Lehigh CustomFit model and eCommerce channels. At the same time, the focus we have placed on product innovation, enhanced consumer engagement, and stronger retail partnerships is fueling consistent gains for our wholesale business led most recently by our western, outdoor and commercial military categories. Importantly, we’ve been able to translate our top-line results into even stronger bottom line performances through gross margin expansion and our commitment to operational excellence. While we now face some near-term headwinds due to the tariff increase on footwear imports from China that went into effect in September, we believe the strength of our brand portfolio, margin enhancing growth prospects and internal manufacturing capabilities have us well positioned to deliver increased profitability over the long-term.” RCKY is a 3.66% holding in the North Star Dividend Fund and a 3.21% holding in the North Star Micro Cap Fund.

NAPCO Security Technologies Inc. (+12.14%) manufactures security products. There was no company specific news to account for the share price gain. NSSC is a 2.49% holding in the North Star Micro Cap Fund.

Del Taco Restaurants Inc. (-15.74%) is a restaurant operator company. It is a franchisor of restaurants featuring fresh and fast made-to-order cuisine, including both Mexican inspired and American classic dishes. The company posted total revenue of $120.2 million representing 2.0% growth from the fiscal third quarter 2018, however the Company posted a net loss of $7.7 million, or $0.21 per diluted share, compared to net income of $5.9 million, or $0.15 per diluted share, in the fiscal third quarter 2018. John D. Cappasola, Jr., President and Chief Executive Officer of Del Taco, commented, “Our continued focus on value and innovation resulted in our ‘Fresh Faves’ box meals and our Beyond platform each mixing at over 6% during the third quarter, while the debut of our $2 Breakfast Toasted Wrap reinvigorated our breakfast daypart. Still, flattish comparable restaurant sales at company-operated restaurants coupled with inflationary pressures on food, labor, and operating expenses resulted in lower restaurant contribution and adjusted EBITDA compared to the year-ago period. Given our results to date, as well as a more cautious stance on our current 16-week fourth quarter, we have revised our annual guidance.” TACO is a 2.58% holding in the North Star Micro Cap Fund.

Sharps Compliance Corp. (+17.38%) is a United States-based provider of waste management services including medical, pharmaceutical and hazardous. Revenue in the first quarter of fiscal 2020 was $13.6 million an increase of 32% compared to $10.3 million in the same prior year quarter and a 12% increase sequentially as compared to revenue for the 2019 fourth quarter. The Company reported operating income of $0.8 million in the first quarter of 2020, compared to operating income of $0.1 million in the first quarter of 2019. David P. Tusa, President and Chief Executive Officer of Sharps, stated, “Fiscal 2020 is off to a strong start, with first quarter results reflecting record revenue and billings, enhanced gross margins and increased profitability. Our retail segment achieved particularly robust growth of 83%, driven by strong flu related business and increased demand for unused medication solutions for both commercial and state prevention programs. Customer billings in the Home Health Care market increased 72% for first quarter 2020, largely due to the expansion of our relationship with a major healthcare distributor, including additional orders as well as large stocking orders. SMED is a 1.70% holding in the North Star Micro Cap Fund.