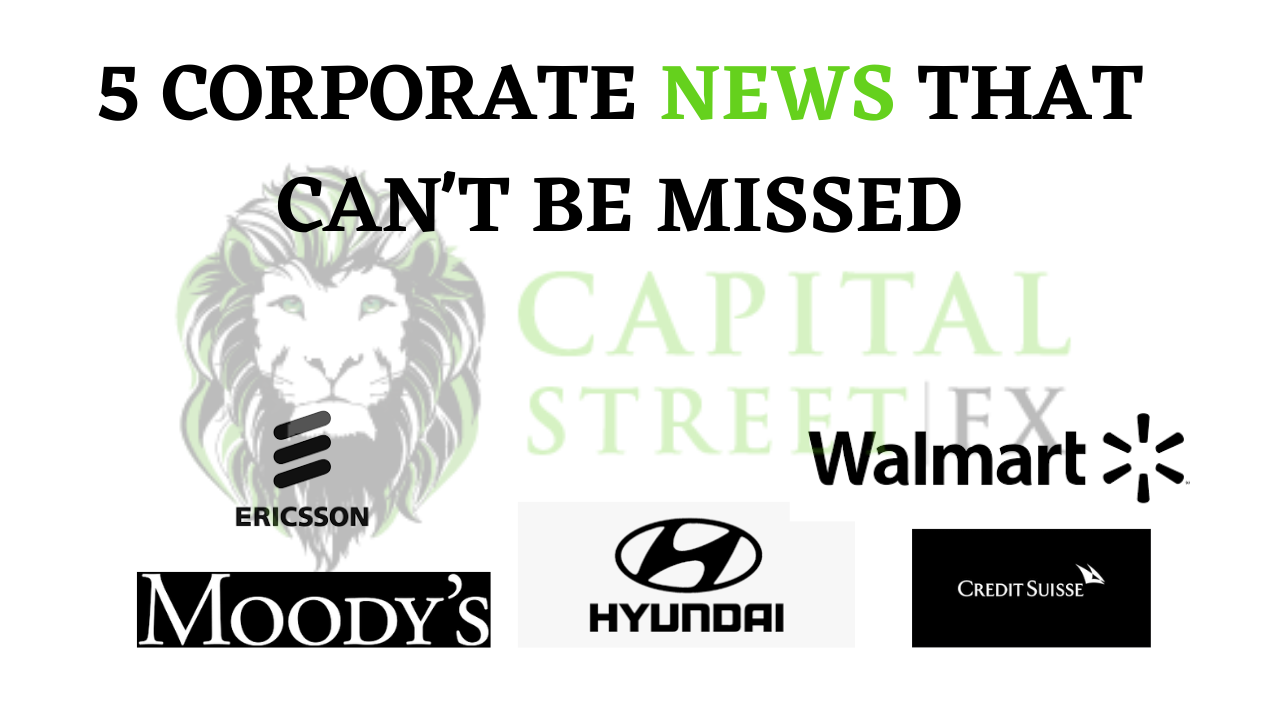 Hyundai Motor, which together with affiliate Kia Corp is among the world’s top 10 automakers by sales, reported a net profit of 547 billion won ($456.32 million) for October-December, versus 1.1 trillion won a year earlier.

That compared with an average analyst forecast of 1.5 trillion won compiled by Refinitiv SmartEstimate.

Analysts warn that soaring prices of raw materials, component shortages and logistical bottlenecks caused by the COVID-19 pandemic are likely to further drive up costs in the current quarter.

“It’s hard to find a commodity for which prices are not rising and the situation is not expected to change in the foreseeable future,” Lee Jae-il, an analyst at Eugene Investment & Securities, said before the results were announced.

2.CREDIT SUISSE:  Credit Suisse warned on Tuesday that it was likely to make a net loss in the fourth quarter as the scandal-hit lender flagged fresh legal costs and said business in its trading and wealth management divisions had slowed.

“Profit for the fourth quarter 2021 will be negatively impacted by litigation provisions of approximately 500 million Swiss francs, partly offset by gains on real estate sales of 225 million Swiss francs,” the embattled lender said in a statement, adding the legal hits primarily related to settlement of legacy cases from its investment banking business.

Combined with other charges, it said this was expected to result in a reported pre-tax income or loss of “approximately breakeven” for the fourth quarter.

That would be before the deduction of a previously announced impairment charge of around 1.6 billion francs ($1.75 billion) on remaining investment banking-related goodwill on its books.

Credit Suisse  has been trying to turn the page on a slew of negative headlines and reform its risk management culture, an effort set back by the abrupt departure of the chairman brought in just nine months earlier to lead that transformation.

Switzerland’s second-largest lender announced plans in November to rein in its investment bankers and plough money into looking after the fortunes of the world’s rich as it tries to curb a freewheeling culture that has cost it billions in a string of scandals.

It said on Tuesday its investment bank would also be affected by a slowdown in transaction-based revenue.

Once a big market for Ericsson, the loss of telecom contracts in China following Sweden’s ban on Huawei, which brought the contribution from the country to the low single digits.

“We have seen North America continue to grow very strongly and we grew there by 16% in the quarter in constant currency,” Chief Financial Officer Carl Mellander said.

While a resurgent Nokia has been increasing competition in several markets, Ericsson was also able to grow in Europe and Latin America .

The company’s quarterly adjusted operating earnings rose to 11.9 billion Swedish crowns ($1.28 billion) from 11 billion a year ago, beating the mean forecast of 10.30 billion, according to Refinitiv data.

4.WALMART: -Walmart’s Mexico unit said on Monday it is considering “strategic alternatives” to its operations in Central America, including a sale or joint venture, a move analysts said would help it focus on the more profitable Mexican market.

Walmart  de Mexico, known locally as Walmex, runs about 860 stores in Central America, making up almost a fourth of its footprint.

“We think there can be attractive opportunities for greater growth in El Salvador, Honduras and Nicaragua,” the company said in a statement.

“These alternatives could include, but are not limited to, potential joint ventures, partnerships or strategic alliances, a sale, or other transactions.”

Walmex opened 31 new stores – 28 in Mexico and three in Central America – during the third quarter of 2021.

Sales slid at the retailer’s supermarkets in Central America during the pandemic, but in the third quarter last year each country logged an increase in same-store sales, led by Honduras.

“The company is choosing to focus on its strongest markets and leave in other hands the operations of some countries that are undergoing complex political and sanitary situations,” said Alejandra Marcos, senior analyst in Intercam.

Moody’s affirmed in a note that Tesla’s outlook remains positive and the company will continue to increase its scale rapidly and improve its profitability notably.

Tesla’s financial policy is likely to be prudent and liquidity would remain very good, Moody’s said, adding that a more competitive offering of battery electric vehicles by other automakers could start to exert some pressure on the company’s margins in 2023.

In January, Tesla reported record quarterly deliveries that far exceeded Wall Street estimates, riding out global chip shortages as it ramped up China production. It was the sixth consecutive quarter that the world’s most valuable automaker posted record deliveries.