Bitcoin on the verge of going negative on the year. What are the technicals saying.

Bitcoin on the verge of going negative on the year. What are the technicals saying.

Down over 53% from the April high

The price of bitcoin continues its fall and in the process is making his way through some technical levels including the 61.8% retracement of the move up from the September 2020 low (low before the launch higher). The price also fell below swing lows from May and June at $31,107 and $31,025. The lowest low on the move lower from the high came in at $30,066 (at Bitstamp). That too was broken.  Finally, getting below the $30,000 level is a natural support level that is worrisome for longs/buyers. 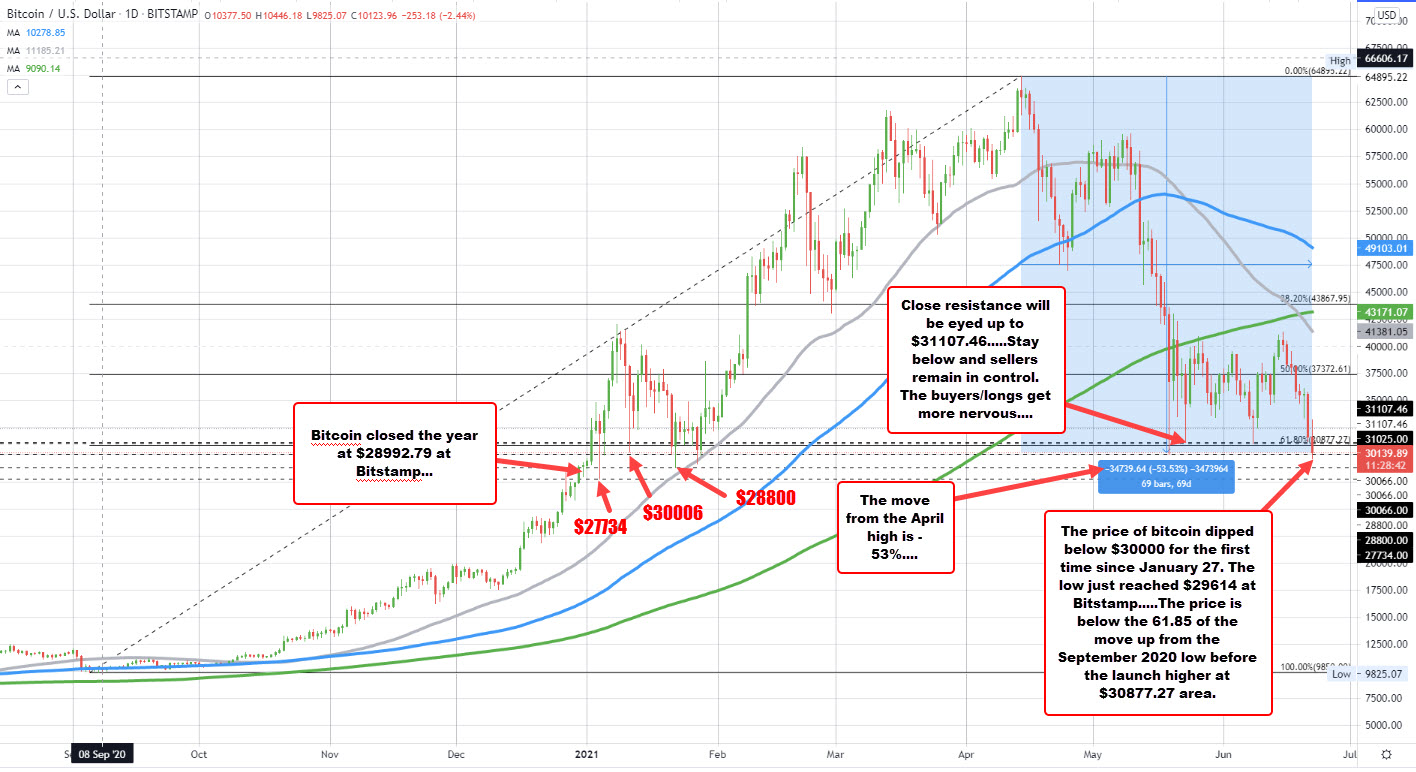 Close resistance will be eyed at the high of the recent swing lows at $31,107 and $31,025. Stay below each and the sellers remain in control.  Move above and the buyers/long can breathe a sigh of relief that the fall below $30000 has not gotten out of hand.

On the downside, swing lows from earlier in the year come in at $28,800 and $27,734. Between those levels sits the close for the year $28,992.79 (at Bitstamp at least). A move into negative territory would certainly not make buyers fell all that great even though the pair is still well off the September 2020 swing low back near $9800.

Drilling to the hourly chart, the price since June 15 has moved down some 29% and spent most of the time below its 50 hour moving average (there was a brief increase above the line but it stayed well below its 100 hour MA). The price traded mostly within a channel, but dipped below the lower trail trendline yesterday a few times, and today ran through the level on it’s way to the lows.

Stay below the previous lows and the downward sloping channel trendline keeps the sellers in control from that perspective as well. 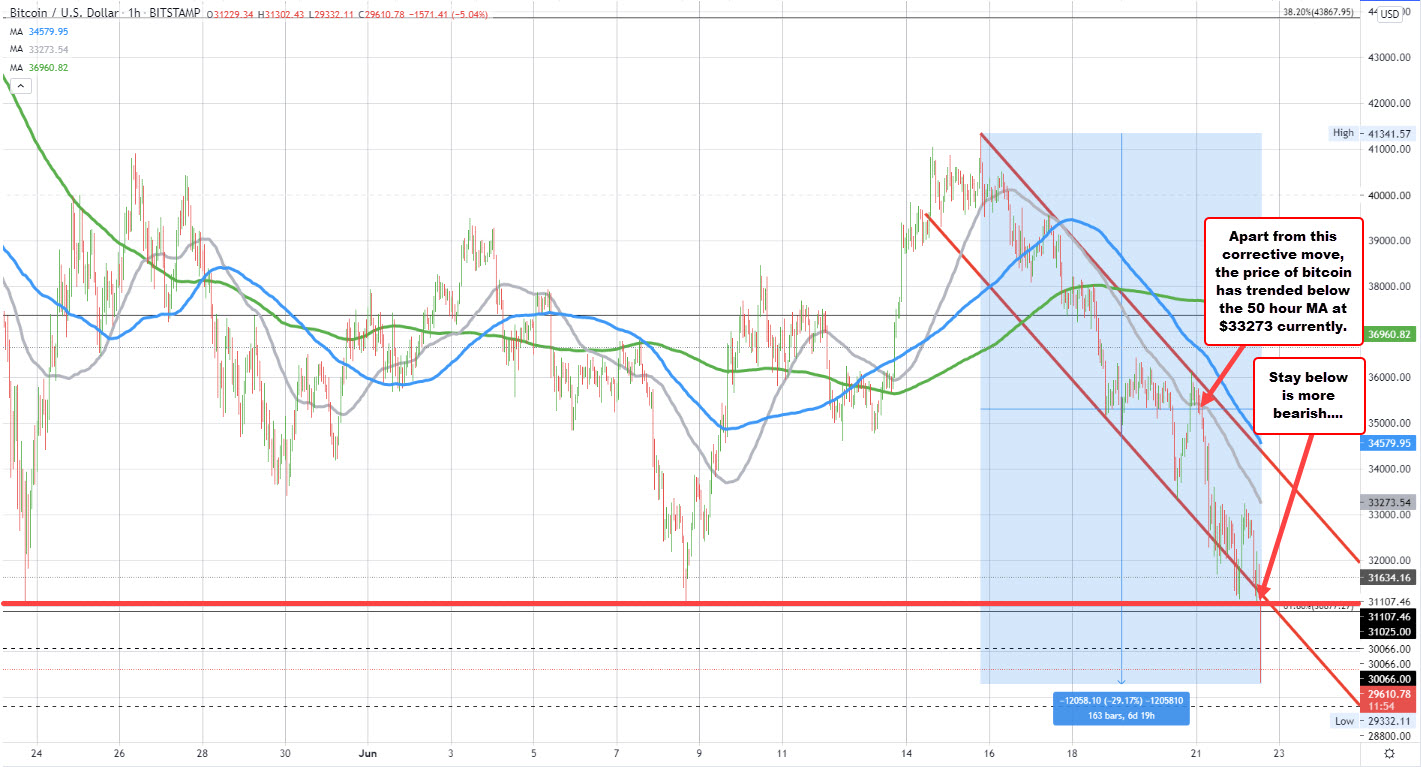