Bitcoin price falls under US$32,000. Accelerating crackdown in China cited.

HomeCryptocurrency NewsBitcoin price falls under US$32,000. Accelerating crackdown in China cited.
21 Jun
off

Bitcoin price falls under US$32,000. Accelerating crackdown in China cited.

Cryptocurrency prices continue to decline, with BTC/USD now circa $31,600.

Over the weekend further areas in China tightened up on mining and transactions, adding to provinces that have already done so.

The  People’s Bank of China joined in on Monday, requiring representatives of multiple institutions to attend a “meeting” (attendees included state-owned commercial banks and Ant Group’s Alipay) where they were told to “strictly implement” recent notifications and offical guidelines on curbing risks tied to BTC & cryptocurrency fundraising activities.

The most recent sustained fall in BTC was accompanied by comments last week by a Cornell University professor:

The posts I made drew an angry response from many, but it really is better to be informed on the state of the debate out there rather than being ignorant of it. Its not necessary to accept what is written in the posts, but if you are informed at least you can make a decision with the information that everyone else is getting, head in the sand is usually not too helpful in financial markets. There was an element of ‘shoot the messenger’ too, which does not really help out the shooter as it will not stop me from keeping the ForexLive trader community informed. 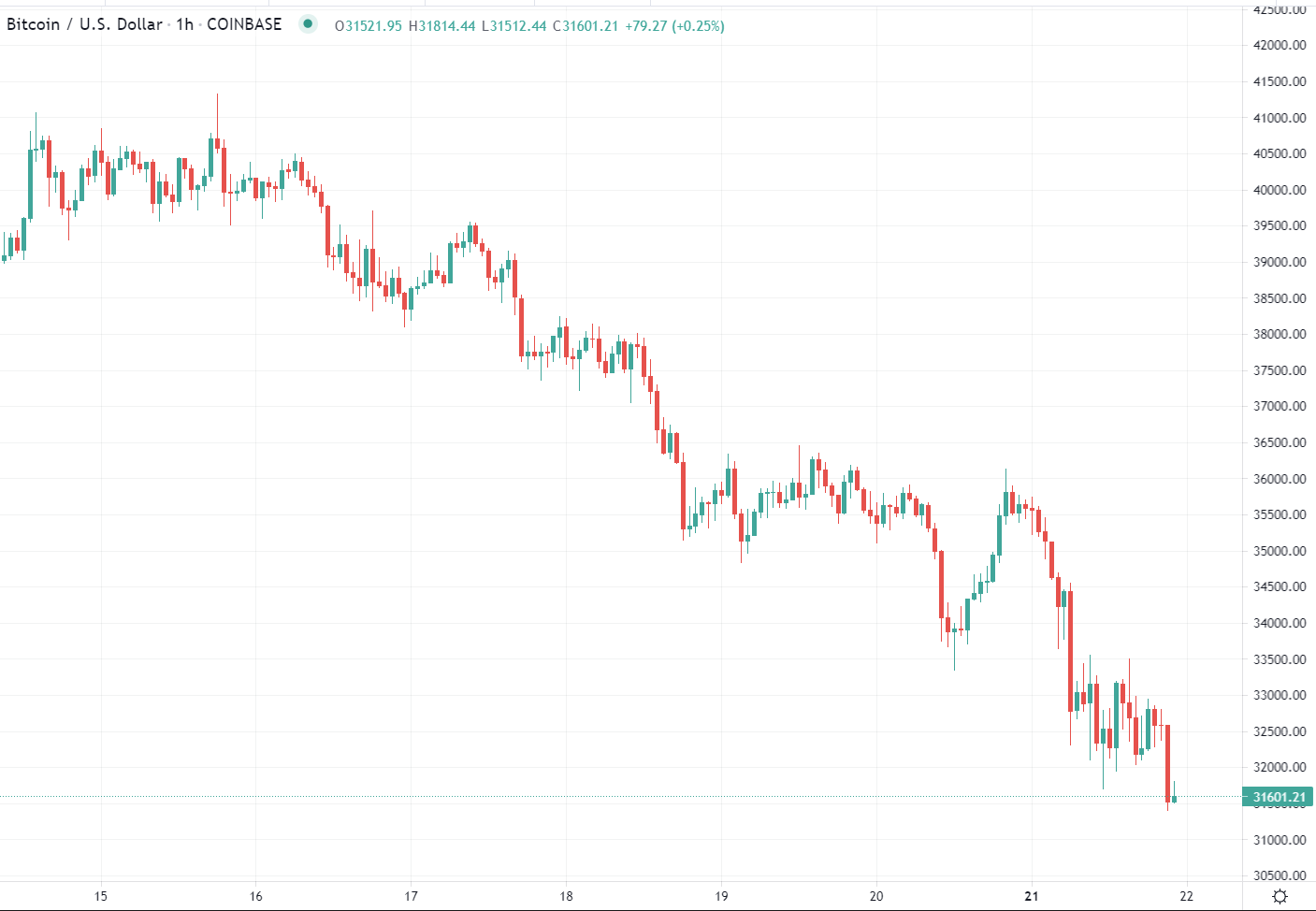