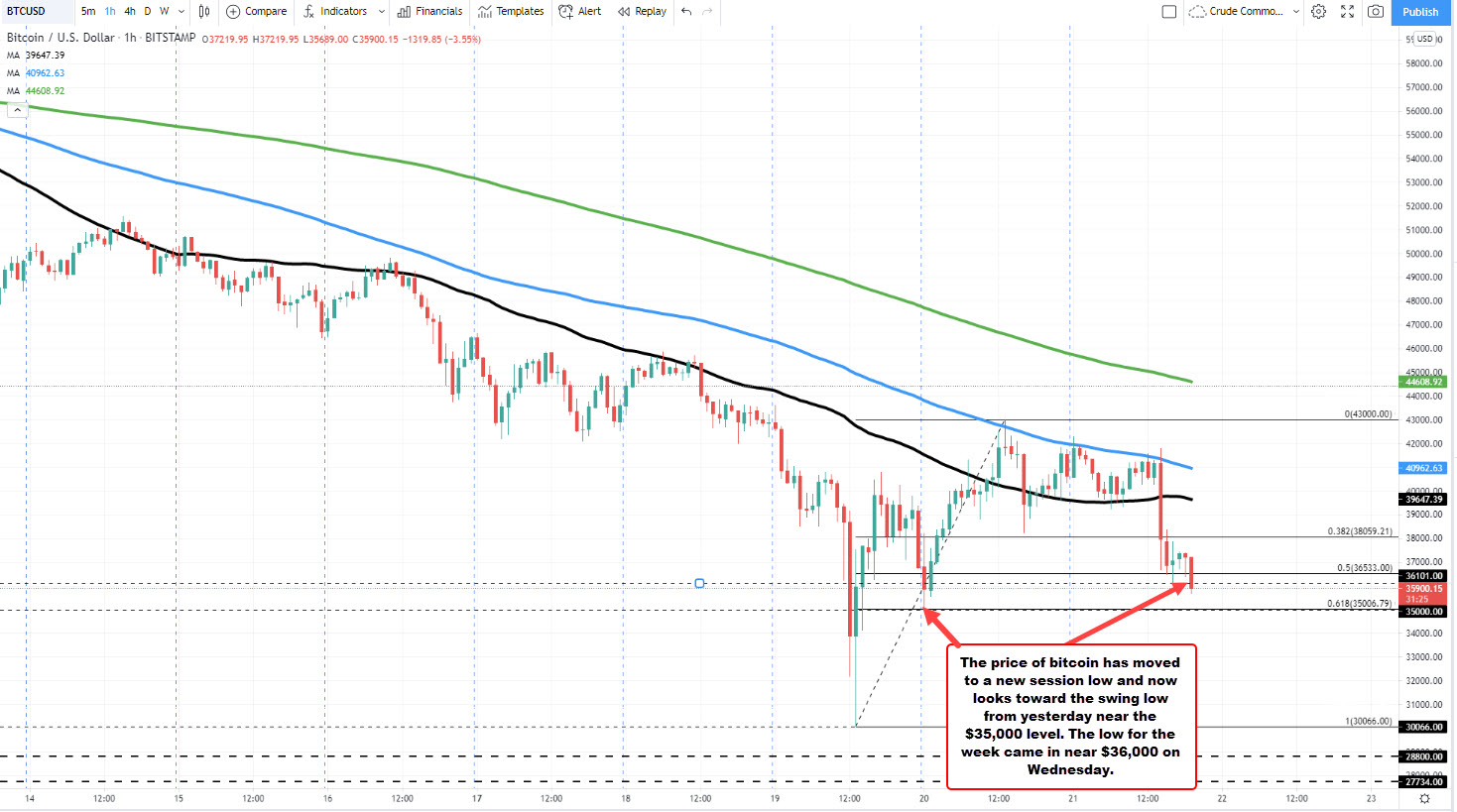 As a reminder bitcoin never sleeps. That means it will continue to trade over the weekend. With liquidity conditions later and the price under pressure, one has to wonder the risks more downside.  The low price for the year comes in around $27,734 back on January 4.
Invest in yourself. See our forex education hub.