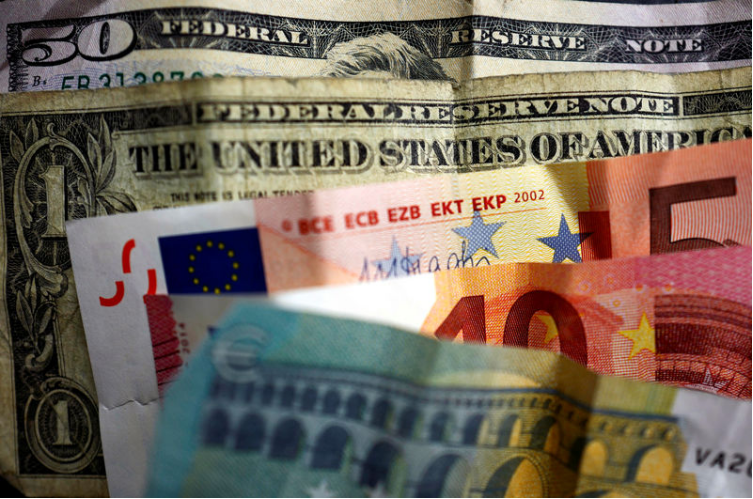 The U.S. dollar stabilized Monday after last week’s strong jobs report, while the euro weakened as talk of additional sanctions on Russia for its invasion of Ukraine ramped up.

Friday’s much anticipated U.S. jobs report for March confirmed a strong economy and a tight labor market, with nonfarm payrolls increasing by 431,000 jobs last month while February’s release was revised higher to show 750,000 jobs added instead of the previously reported 678,000.

Additionally, the unemployment rate fell to a new two-year low of 3.6% and wages accelerated, providing room for the Federal Reserve to raise interest rates sharply in May.

That said, this was widely expected and Fed funds futures have already priced in a very strong chance of a 50-basis point hike next month. Bond yields have responded accordingly, with 2-year Treasury yields climbing near to 2.5%.

EUR/USD fell 0.1% to 1.1044, weighed by talk of fresh sanctions on Moscow after Ukraine accused Russian forces of war crimes in the town of Bucha, something denied by Russia’s defense ministry.

German Defense Minister Christine Lambrecht said the European Union should talk about ending Russian gas imports, a subject the bloc has steered clear of so far, despite pressure from the U.S.

On technical fronts EUR/USD RSI stood at 46.74 and currently it is trading below all MA. So, SELL position can be taken with following target and stoploss:

Dollar Index is trading down 0.09% at 103.54 The U.S. dollar stabilized in early European trade Tuesday after earlier falling back from a two-decade high as traders reappraise the likelihood of aggressive Federal Reserve rate increases. At 3:05 AM ET (0705 GMT), the Dollar Index, which tracks the greenback...