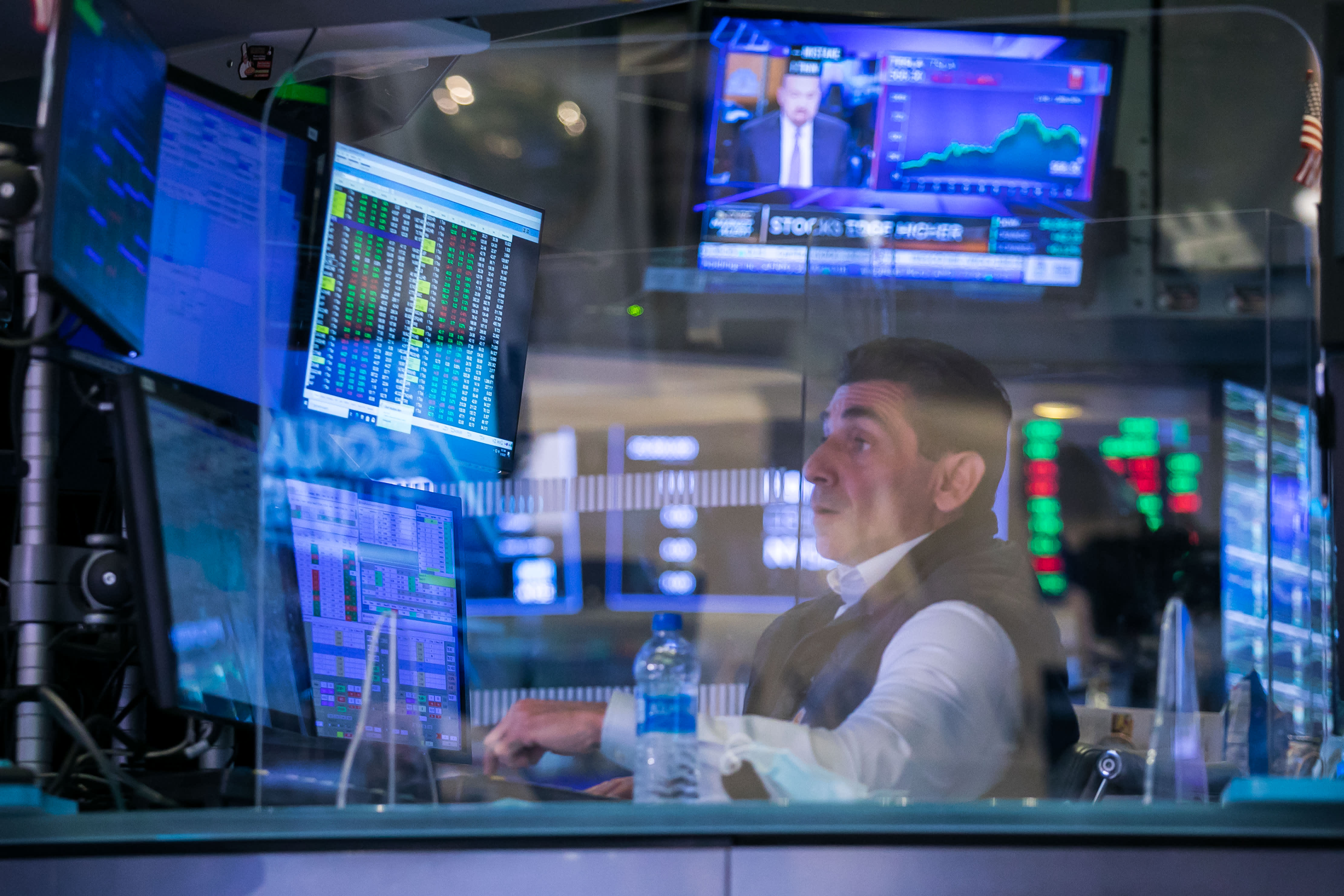 U.S. stocks dropped to their session lows on Wednesday after the Federal Reserve raised its inflation expectations and moved up the time frame on when it will hike interest rates next.

Nine out of 11 S&P 500 sectors traded in the red, led to the downside by communication services and financials.

Economic reopening plays provided the broader market with some support. Major airline stocks American Airlines, United and Delta all traded higher. Royal Caribbean and Carnival both climbed 2% after an upgrade from Wolfe Research.

The policymaking Federal Open Market Committee indicated that rate hikes could come as soon as 2023, after indicating in March that it saw no increases until at least 2024.

The Fed also raised its headline inflation expectation to 3.4%, a full percentage point higher than the March projection, the post-meeting statement continued to say that inflation pressures are “transitory.”

Wharton School’s Jeremy Siegel said central bankers will move up their projections for the next rate hike and he predicted the stock market could drop as a result.

“I think you’re going to see a big shift in the dots to a more aggressive tightening stance and, honestly, I’m not sure the market is ready for that,”the finance professor said on CNBC’s “Halftime Report.”

The meeting comes as inflation heats up, with producer prices rising at their fastest annual rate in nearly 11 years during May, a report on Tuesday showed. This has prompted some, including Paul Tudor Jones, to call for the central bank to re-think its easy monetary policy.

The central bank has been buying $120 billion worth of bonds each month as the economy continues to recover from the coronavirus pandemic.

“The drama this week will be whether the Fed sits tight or admits that inflation is rising and that the Fed needs to tighten,” said Brad McMillan, CIO at Commonwealth Financial Network. “Since the Fed has a dual mandate—unemployment and inflation—that suggests it should indeed keep its focus on unemployment, rather than inflation.”

Minutes from the central bank’s last meeting showed that some Fed officials said it could be appropriate to start discussing adjustments to the bond-buying program should the economy continue to recover. Economists predict that while some of these discussions could begin, concrete details will not be revealed until later this year.

“I previously said that I see important transitory influences at work and I don’t anticipate that it will be permanent,” Yellen said. “But we continue to monitor inflation data very carefully, and importantly for the long run inflation outlook we see inflation expectations by most measures … as being well-anchored.”

On Wednesday, China said it will release industrial metals including copper, aluminum and zinc from its national reserves to curb commodity prices. Copper price has fallen more than 10% from its record high, dipping into correction territory on Tuesday.