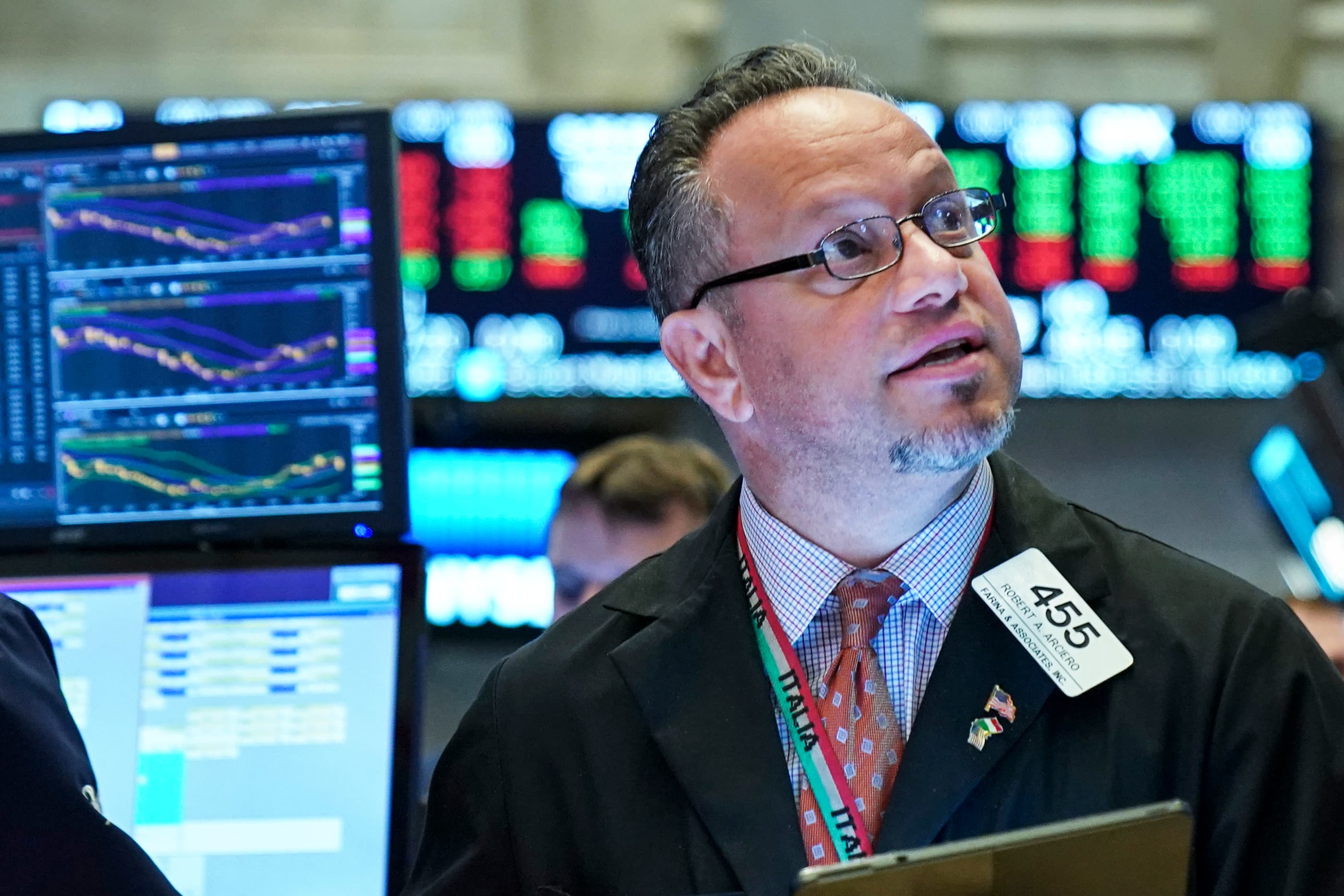 Traders and financial professionals work on the floor of the New York Stock Exchange.

U.S. equities rose Friday with the S&P 500 hitting a new record, as all of the major averages overcome concerns about economic growth from earlier in the week.

The 10-year Treasury yield rose on Friday to 1.285%, easing concerns about the economy that the bond market triggered on Monday. The 10-year yield fell to a 5-month low of 1.13% earlier this week.

“We expect markets to remain choppy, but a fundamental justification for more aggressive selling is missing,” wrote Barclays strategists in a note to clients. “In fact, the strong rebound since Tuesday shows animal spirits are intact.”

Strong earnings from tech stocks made investors optimistic ahead of reports next week from the biggest names in the sector. Twitter and Snap each jumped Thursday following better-than-expected second-quarter earnings reports. Twitter traded 3% higher, while Snap shot up 24%.

“The Snap and Twitter, results are just a reflection that digital advertising spend is coming back with a vengeance,” said Nick Frelinghuysen, a portfolio manager at Chilton Trust. “You’re seeing that ripple through into Google and Facebook.”

Facebook gained more than 5.5% on the results from its social media competitors. Alphabet added 3.5%. Both report next week along with Apple, Microsoft and Amazon.

All three U.S. stock averages are on pace to close the week in the green, rebounding from last week’s losses and Monday’s sharp sell-off. The Dow dropped more than 700 points to start the week as yields fell, unnerving equity investors about the economy.

Strength in tech shares also comes with the continued spread of the highly contagious delta variant of Covid.

“We saw during the depths of the pandemic that tech stocks and their earnings held up the best, so I think a lot of investors are going back to the well, given we have a Covid resurgence,” Yung-Yu Ma, chief investment strategist at BMO Wealth Management, said. “Long term interest rates coming down as much as they have also makes those stocks more attractive.”

The stock market overall has been bolstered by a strong earnings reporting season, with nearly a quarter of the S&P 500 having already reported. Of those companies, 88% have reported a positive surprise, according to FactSet. That would mark the highest percentage of reported surprises within the S&P since 2008 if that figure holds throughout the earnings season.

Shares of Kimberly-Clark are trading slightly higher after reporting earnings in line with Wall Street forecasts. It also cut its forecast for the year, citing higher costs and lower volumes.