Futures contracts for European Union bonds could be launched next year by Deutsche Boerse’s derivatives exchange Eurex, which is currently assessing the feasibility of such a move, a senior executive told Reuters.

The market for joint EU debt has been transformed in the past year as the bloc launched an unprecedented fiscal programme to support member states’ economies during the pandemic. The EU has sold more than 140 billion euros ($163 billion) of bonds, with over 50 billion euros going into its recovery fund and 90 billion euros to its SURE unemployment scheme.

While EU debt trading volumes have picked up significantly, the addition of futures trading would further the market’s development as it would let investors hedge their positions or speculate on future price moves.

Lee Bartholomew, head of derivatives product research and development fixed income at Eurex, said discussions over futures began after the EU presented a roadmap for its funding plans over the summer.

Primary dealers, who manage trading of the securities, were approached by investors interested in seeing the secondary market develop, he said.

“I think the conversations are broadly positive,” Bartholomew said in an interview.

“What is positive is (among) the end-users, from engagement that we’ve had, there is a view that it will be additive to the portfolio of products that we have.”

Futures are derivatives through which investors can agree to buy or sell a basket of underlying securities at a future date. Major government bonds, including Treasuries and German Bunds, have lively futures markets.

Bartholomew said that should discussions progress and conclusions align with the European Commission’s thinking, a futures contract could be launched in 2022, when the EU is expected to have issued enough bonds for a more developed secondary market.

He said Eurex was collecting feedback from stakeholders, including primary dealers, on topics to help evaluate the viability of a derivatives contract.

Those include how secondary market liquidity evolves, how differentiated EU futures would be from the futures Eurex already runs for other governments and what the temporary nature of the EU’s borrowing would mean for the potential futures, he said.

Currently, recovery fund borrowing is expected to end in 2026, a potential hurdle for the market even as the scale of issuance ramps up.

A European Commission budget official said in September that while futures were “part of the mix” for improving liquidity, there were no immediate plans to launch a contract. ($1 = 0.8612 euros)

US BOND MARKET HOLDS STEADY. US 30 YR. T-BOND PRICE TECHNICAL ANALYSIS: WEEKLY CHART In the weekly charts, 30 YR. T-BOND is trading in down channel. Currently it is moving 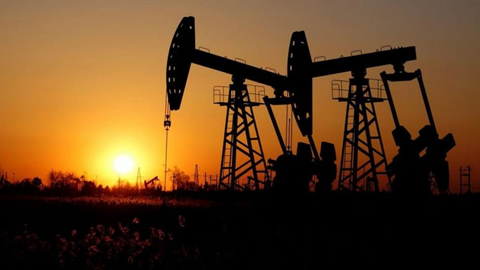 GERMAN BUND PRICE TECHNICAL ANALYSIS: WEEKLY CHART In weekly chart German Bund is trading in down channel It is moving above 20 & 50 MA except 5MA RSI is in