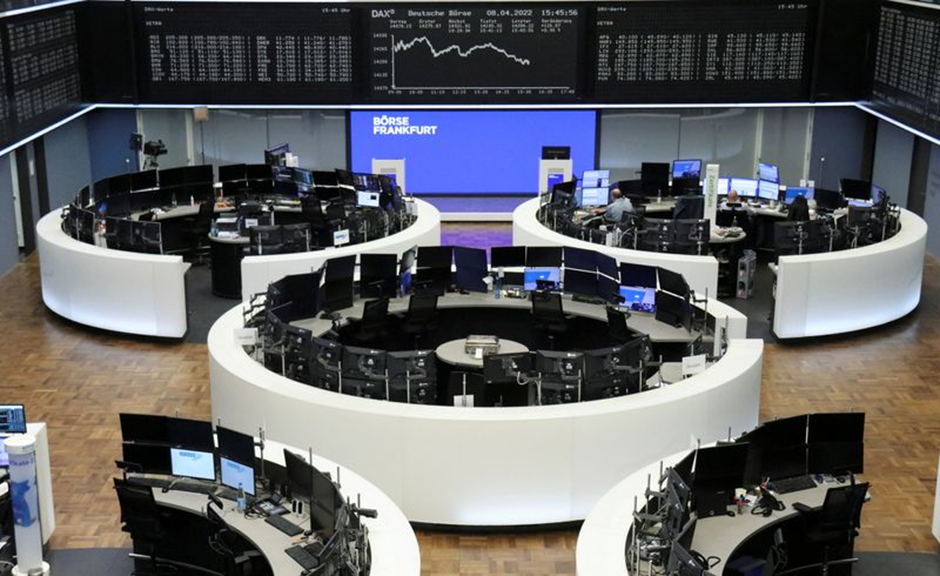 European stocks fell on Monday as surging bond yields slammed technology shares and volatility gripped French blue-chip stocks on forecast of a tight race between President Emmanuel Macron and far-right challenger Marine Le Pen in the final round of voting.

France’s CAC 40 reversed opening losses to inch up 0.2% as partial results put Macron in first place after the first-round voting, although Ifop pollsters predicted a tight runoff on April 24, with 51% for Macron and 49% for Le Pen.

French assets have underperformed recently as investors priced in a possibility of a victory for Le Pen, with markets uneasy about her agenda of protectionism, tax cuts and nationalisation. The CAC 40 has shed 1.7% so far in April, while the STOXX 600 is up 0.4%.

The ECB policymakers are likely be caught between record high inflation and the economic hit from the war in Ukraine, although traders are ramping up of rate hikes.

On technical fronts CAC 40 RSI stood at 49.17 and currently it is trading below all MA. So, SELL position can be taken with following target and stoploss:

NIKKEI 225 is trading up 2.94% at 26453.00 Japan stocks were higher after the close on Friday, as gains in the Shipbuilding, Chemical, Petroleum & Plastic and Power sectors led shares higher. At the close in Tokyo, the Nikkei 225 gained 2.64%. The best performers of the session on...

DOW JONES is trading down 0.26% at 32160.75 U.S. stocks are seen opening higher Wednesday, rebounding after recent losses ahead of the release of key inflation data which will likely guide market sentiment for the weeks ahead. At 7:00 AM ET (1100 GMT), the Dow Futures contract was up...