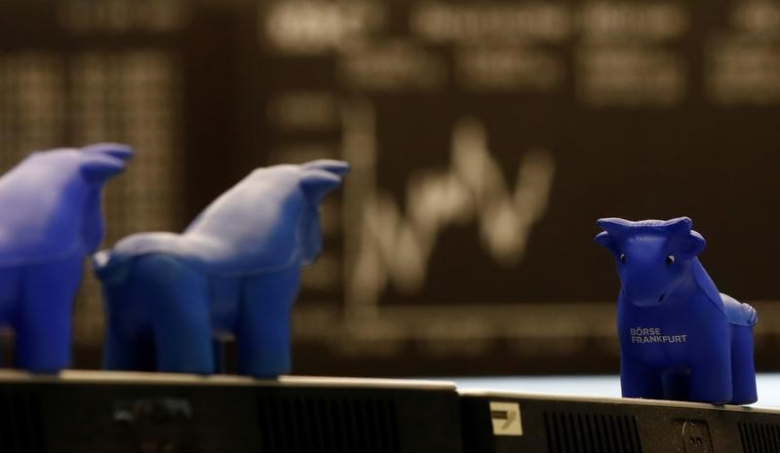 European stock markets are expected to open in subdued fashion Tuesday as investors digest the spread of the Omicron Covid variant ahead of three key central bank meetings this week.

European equities weakened Monday as investors fretted about developments surrounding the Omicron variant of the Covid-19 virus, including the confirmation of the first U.K. death.

Additionally, a study released late Monday from the University of Oxford showed that two doses of established Covid-19 vaccines are substantially less effective at combating Omicron compared with previous variants of the coronavirus, emphasizing the need for a booster shot.

Also on the agenda this week are policy-setting meetings from a number of high-profile central banks, including the Bank of England and the European Central Bank in Europe, but probably more importantly the U.S. Federal Reserve.

The Fed starts its two-day meeting later Tuesday and is widely expected to discuss a faster taper of its massive bond-buying program, which could move it one step closer to raising interest rates.

This follows consumer prices climbing 6.8% in annual terms in November, the largest rise since 1982.

Returning to Europe, U.K. unemployment fell almost 50,000 in November and the unemployment rate dropped to 4.2% in October, good news ahead of Thursday’s Bank of England meeting. Growth in employment over the last quarter slowed below expectations, however.

The BoE surprised the market by not raising interest rates last month despite high inflation, but policymakers opted for caution and are expected to do so again, given the arrival of Omicron and the imposition of new restrictions.

Incorporate news, HSBC (LON: HSBA) is likely to be in the spotlight as the European banking giant, with an Asia focus, said earlier Tuesday it expected all its clients to have a plan in place to exit coal by the end of 2023. It has previously shied away from cutting its exposure to coal in China, its most important market.

Oil prices drifted Tuesday after renewed mobility restrictions in Europe and Asia as coronavirus cases rose, raising concerns about a hit to demand.