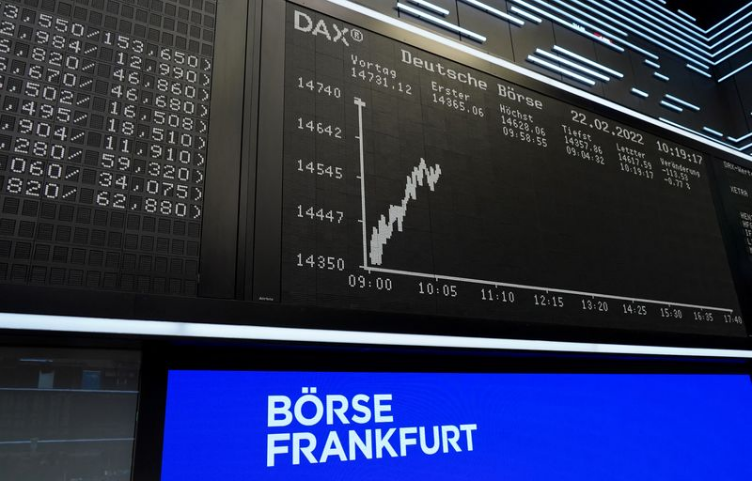 European stock markets traded in a mixed fashion Tuesday, with investors digesting the potential for more sanctions against Moscow, which could lead to higher commodity prices and fuel inflation concerns.

The United States and Europe were planning new sanctions to punish Moscow over alleged atrocities in Ukraine, with U.S. President Joe Biden on Monday accusing Russian President Vladimir Putin of war crimes over civilian killings in the Ukrainian town of Bucha.

Ukraine President Volodymyr Zelensky is set to address the United Nations Security Council later Tuesday after earlier warning that reported atrocities in Borodyanka, a settlement near Kyiv, could be worse than in Bucha.

The United States stopped the Russian government on Monday from paying holders of its sovereign debt more than $600 million from reserves held at American banks, but the major move would be for the European Union, and Germany in particular, to ban the import of Russian gas and oil.

Germany is heavily dependent upon Russia for energy, and agreeing to such a move would run into political difficulties given the economic repercussions.

On technical fronts DAX 40 RSI stood at 53.91 and currently it is trading above 20 and 50 days MA & below 5 days MA. So, BUY position can be taken with following target and stoploss:

NIKKEI 225 is trading up 2.94% at 26453.00 Japan stocks were higher after the close on Friday, as gains in the Shipbuilding, Chemical, Petroleum & Plastic and Power sectors led shares higher. At the close in Tokyo, the Nikkei 225 gained 2.64%. The best performers of the session on...

DOW JONES is trading down 0.26% at 32160.75 U.S. stocks are seen opening higher Wednesday, rebounding after recent losses ahead of the release of key inflation data which will likely guide market sentiment for the weeks ahead. At 7:00 AM ET (1100 GMT), the Dow Futures contract was up...