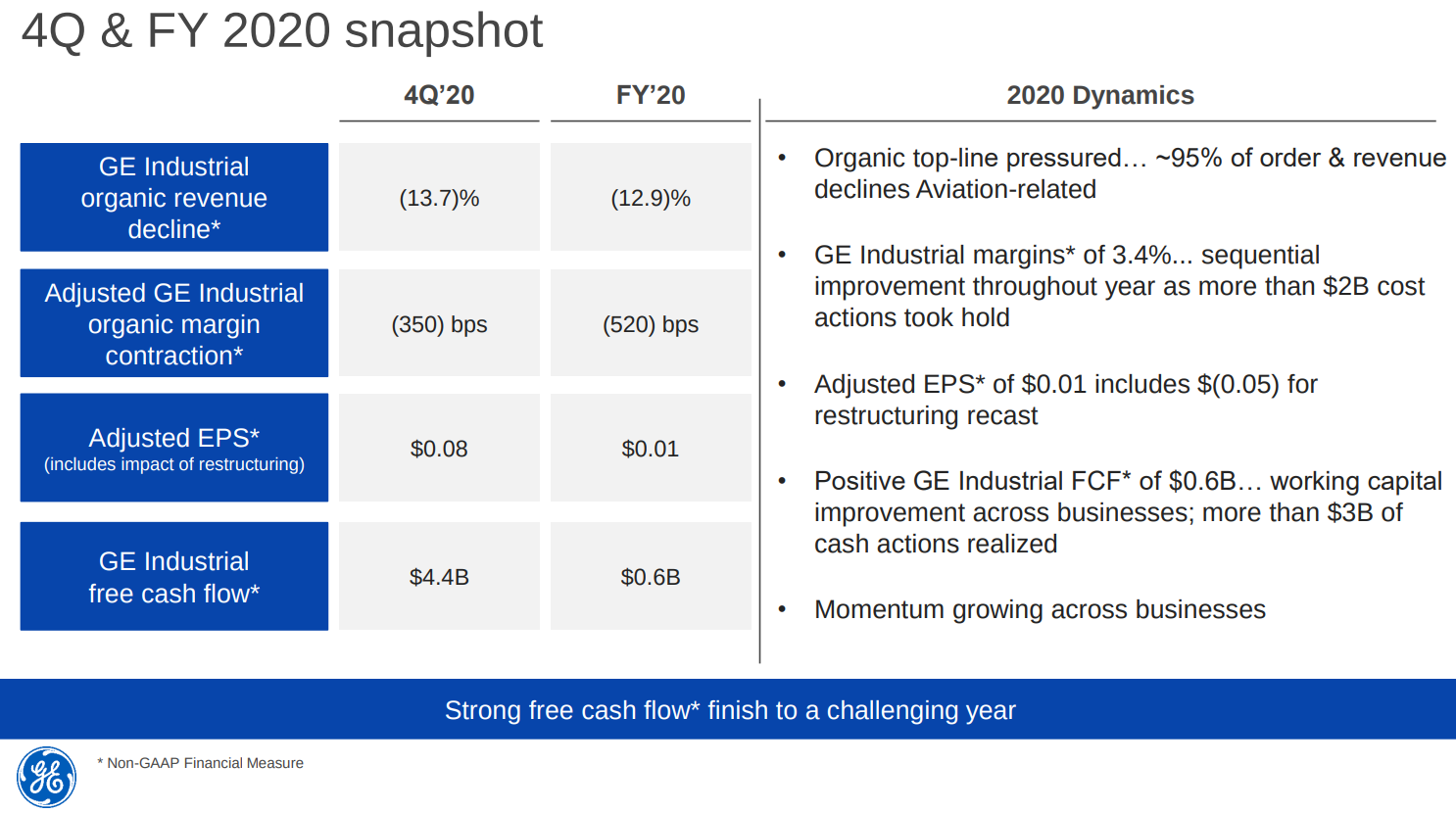 (Reuters) – General Electric Co on Tuesday offered an upbeat outlook for its business this year after reporting a surge in quarterly free cash flow, sending its shares soaring in early trade.

That compares with Refinitiv’s average analyst estimate of $3.03 billion for 2021 and about $2.6 billion for the latest quarter.

The company had previously predicted a cash flow of at least $2.5 billion in the fourth quarter and a return to positive cash flow for 2021.

Free-cash flow is closely watched by investors as a sign of the health of GE’s operations and ability to pay down debt.

“In all, momentum is growing across our businesses,” Culp told investors on an earnings call.

Since taking over the company’s reins in 2018, Culp has been trying to revive GE’s fortunes by improving free cash flow and cutting debt. However, the coronavirus pandemic hit those efforts by hammering the company’s aviation unit, usually its most profitable and most cash-generative segment.

In response, Culp cut costs by more than $2 billion and took other steps to save $3 billion in cash last year.

The surge in GE’s cash flow has put “lingering liquidity concerns” to rest, analysts at Gordon Haskett wrote in a note.

GE said aviation revenue would be flat to up this year with air traffic expected to recover in the second half.

The return of Boeing Co’s 737 MAX jets, which use GE’s engines, also augurs well for the conglomerate.

Overall, the company expects an improvement in its industrial business this year, forecasting a low-single-digit growth in revenue. Industrial revenue declined 13% in 2020.