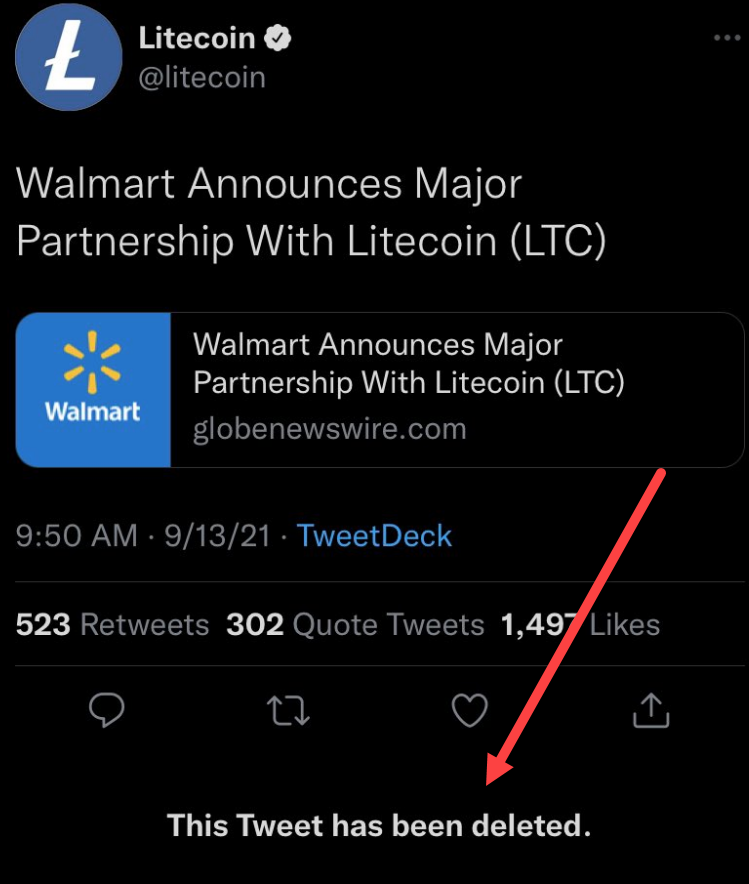 I think Litecoin is going to have a problem on its hands after the official account tweeted about the Walmart news.

The SEC already appears to be targeting crypto. By sharing this news, Litecoin essentially confirmed it. In doing so, the price was pushed higher and people had a reason to buy it.

There were some people guessing it was a hack but Litecoin creator Charlie Lee and the foundation are taking responsibility for it. He called it ‘an unfortunate situation’ and attributed it to ‘over-excitedness’. That doesn’t explain exactly what happened or who tweeted it (perhaps it was Lee himself).

The SEC is going to come knocking. One argument is that Litecoin officials themselves could have believed Walmart made the decision themselves. Because of the nature of crypto and Litecoin, Walmart wouldn’t have to work with or inform Litecoin of the decision. They could do it unilaterally.

That will be an interesting argument to make.

In any case, this is a blackeye for the PR newswire industry, the journalism industry and for crypto. Most of all though, I sympathize with anyone on the wrong side of the trade.