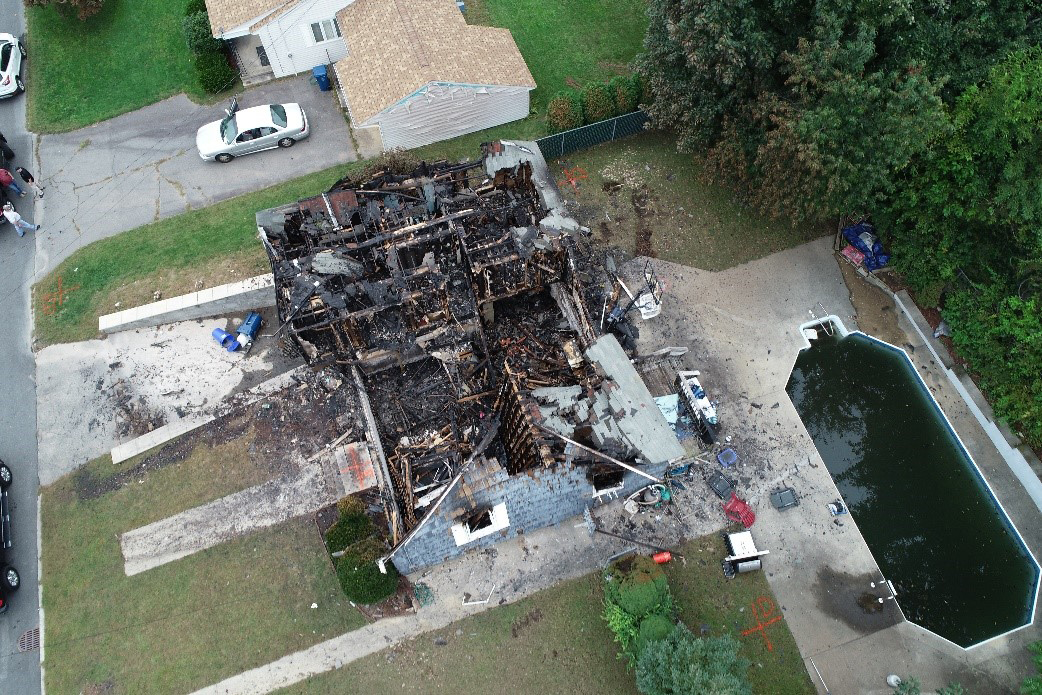 BOSTON (AP) — A utility company will pay the largest criminal fine ever imposed for breaking a federal pipeline safety law — $53 million — and plead guilty to causing a series of natural gas explosions in Massachusetts that killed one person and damaged dozens of homes, federal officials said Wednesday.

Columbia Gas of Massachusetts has agreed to plead guilty to violating the Pipeline Safety Act and pay the fine to resolve a federal investigation into the explosions that rocked three communities in the Merrimack Valley, north of Boston, in September 2018.

“Today’s settlement is a sobering reminder that if you decide to put profits before public safety, you will pay the consequences,” FBI Agent Joseph Bonavolonta said.

The company said in an emailed statement that it takes full responsibility for the disaster.

“Today’s resolution with the U.S. Attorney’s Office is an important part of addressing the impact,” the company wrote. “Our focus remains on enhancing safety, regaining the trust of our customers and ensuring that quality service is delivered.”

The company’s parent, Merrillville, Indiana-based NiSource Inc., has also agreed to try to sell the company and cease any gas pipeline and distribution activities in Massachusetts, according to court documents. Any profit from the sale of Columbia Gas of Massachusetts will be handed over to the federal government.

“We knew that one of the things those communities wanted was for Columbia Gas to simply go away,” U.S. Attorney Andrew Lelling told reporters. “The tragedy was to such an extent that it would be extremely difficult for the populations in those towns to trust this company going forward, so that was one of our priorities when we struck this deal,” he said.

The explosions and fires outraged the communities of Lawrence, Andover and North Andover, where thousands of homes and businesses went without gas service for weeks, and months in some cases, during the winter. Residents and public officials lashed out at the company for not adequately responding and called for officials to be held accountable.

Leonel Rondon, 18, died when a chimney collapsed on his vehicle in the driveway of a friend’s home — hours after he had gotten his driver’s license. About two dozen others were injured, and dozens of buildings were damaged or destroyed.

A series of class action lawsuits stemming from the explosions has settled for $143 million. The settlement awaits final approval from a judge.

Lawrence Mayor Dan Rivera praised the plea deal, saying it will be a “great day” when Columbia Gas no longer exists.

“This agreement will bring some much needed solace to those affected,” he told reporters.

Lelling said federal investigators found that Columbia Gas violated minimum safety standards for starting up and shutting down gas lines through a “pattern of flagrant indifference.”

An internal company notice circulated in 2015 showed that the company knew that failing to properly account for control lines in construction projects could cause fires and explosions, officials said. Yet Columbia Gas cut corners to increase its bottom line, officials said.

The company didn’t keep reliable records of control lines because it was too expensive, hired inexperienced and untrained workers, and didn’t communicate with the city of Lawrence about construction projects, Bonavolonta said. Columbia Gas couldn’t even give NTSB investigators an accurate picture of who its customers were in the immediate wake of the explosions, he said.

“This disaster was caused by a whole management failure at Columbia Gas,” Lelling said.

Until Columbia Gas is sold, an independent monitor will ensure that the company is following state and federal laws, Lelling said.

The disaster prompted federal officials to call in September for every state to require that all natural gas infrastructure projects be reviewed and approved by a licensed professional engineer. The NTSB also recommended that natural gas utilities be required to install additional safeguards on low pressure systems like the one involved in the explosions.

Columbia Gas is scheduled to plead guilty on March 9.