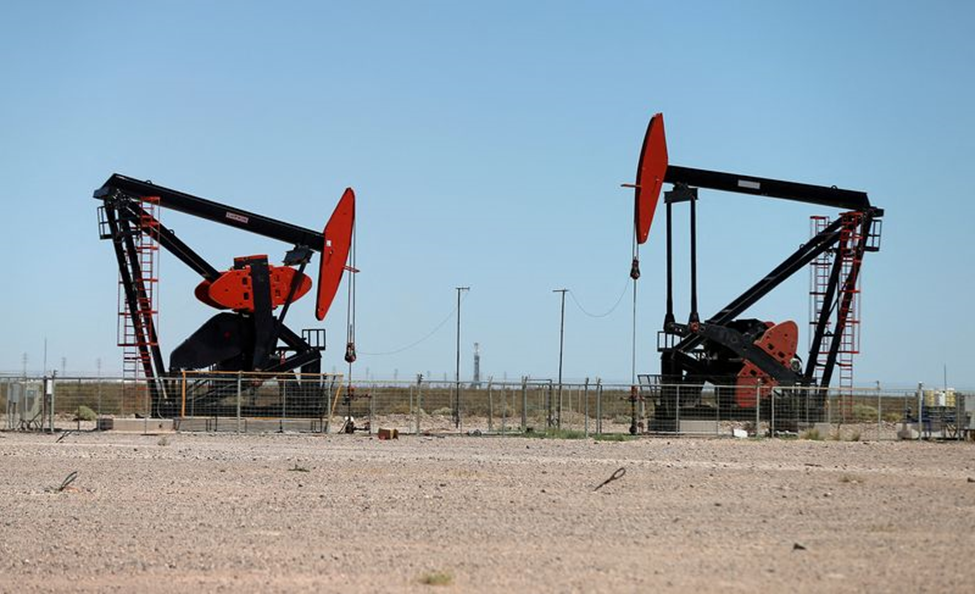 Oil prices fell on Friday, after rising to seven-year highs this week, as investors took profits following a build-up in U.S. crude and fuel inventories, though overall sentiment remained solid due to concerns over tight supply and geopolitics.

The recent rally in crude prices appeared to run out of steam on Thursday when Brent and WTI ended the trading session with slim losses, but both benchmarks have gained more than 10% this year and are headed for a fifth straight weekly gain.

“Still, losses were limited as expectations that supply tightness would continue amid recovering demand and geopolitical tensions between Russia and Ukraine and in the Middle East kept investors cautious about selling,” he said.

Gasoline inventories in the United States, the world’s biggest oil consumer, rose by 5.9 million barrels to their highest since February 2021, according to the U.S. Energy Information Administration (EIA).

The February WTI contract will expire on Thursday and the most-actively traded contract, for March delivery, is at $85.41 a barrel, down 0.5%.

“The International Energy Agency said global oil demand is on track to hit pre-pandemic levels,” analysts at ANZ bank said in a note.

“Shorter-term supply disruptions are also helping tighten markets. Brent crude rallied sharply after reports a key oil pipeline running from Iraq to Turkey was knocked out by an explosion.”

However, the flow of crude oil through the Kirkuk-Ceyhan pipeline has resumed, after it was halted on Tuesday due to a blast near the pipeline in the southeastern Turkish province of Kahramanmaras, officials said on Wednesday.

Supply concerns have mounted this week after Yemen’s Houthi group attacked the United Arab Emirates, the third-largest producer in the Organization of the Petroleum Exporting Countries (OPEC). Meanwhile Russia, the world’s second-largest oil producer, has built up a large troop presence near Ukraine’s border, stoking fears of invasion and subsequent supply uncertainties.

Underpinning oil prices is the broad post-coronavirus pandemic recovery in demand for fuel.

OPEC officials and analysts say that an oil rally may continue in the next few months, and prices could top $100 a barrel as demand shrugs of the spread of the Omicron COVID-19 variant.

OPEC+, which groups the cartel with Russia and other producers, is struggling to hit a monthly output increase target of 400,000 barrels per day (bpd).

Chicago Copper futures price is down 3.67% at $4.0525 per pound on mid-Thursday trades. Copper opened this week on a bearish note, witnessed a temporary rebound on Wednesday, and a resumption in its bearish momentum. This latest bearish drag has pushed the price to the lowest level since September...