OTC Markets Are the Whipping Post for Too Many Microcap Stocks

OTC Markets Are the Whipping Post for Too Many Microcap Stocks 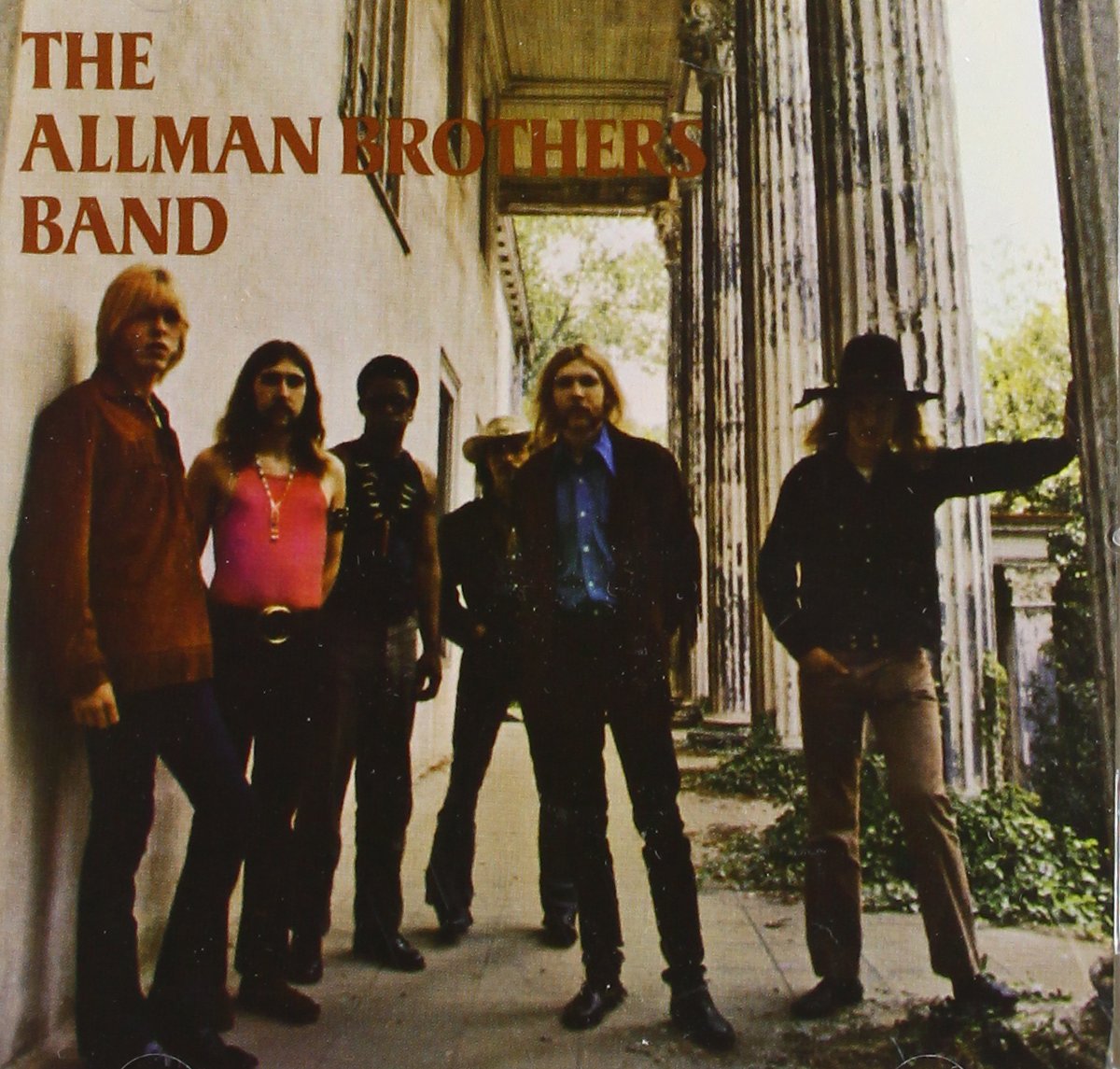 After reading these and similar articles one might reasonably conclude that the US exchange-listed markets are dying.2 This is a fair characterization, based on the objective measures of there being 40% fewer publicly-listed companies than there were 20 years and ago and approximately 4,500 fewer publicly-listed companies than the US should have based on GDP comparison with other countries.

Thankfully, under the leadership of SEC Chairman Jay Clayton, the SEC is now focused on the dying US publicly listed markets and is examining potential regulatory initiatives to reverse this trend.3 I am particularly encouraged by the SEC’s proposed changes to the Reg. A and Crowdfunding rules that it promulgated this week. Those changes would greatly improve prospects for private capital formation.

This article examines the state of the other component of the US public markets, the publicly-traded OTC Markets.4

Capital markets policy makers and regulators over the last decade or more have been singularly focused on investor protection, trading efficiencies, and anti-money laundering. Of course, that is not a bad thing, since these are laudatory objectives. The unintended consequence of this singular focus, though, is that little-to-no attention has been given to policies that promote entrepreneurship, private capital formation, and access to capital for startups, which are the lifeblood of the US economy.

The consequent dying of the exchange-listed markets is bad enough: let’s now consider the plight of the OTC Markets, which are in a far worse circumstance than either the NYSE or Nasdaq markets, as illuminated by the following data points.

Since 20 OTC Markets traded companies account for 83% of the daily trading volume,10 the remaining 10,797 OTC Markets traded companies account for just 17% of the trading volume. Common sense informs us that the preponderance of these remaining issuers have illiquid stocks. And, indeed that is the case particularly for the nano-cap issuers with less than $50 million in market cap. The average daily dollar volume for the 393 companies in the OTCQB tier was only approximately $31,000 according to 2018 data. Some of these companies have daily trading volumes worth merely hundreds of dollars per day.

Zealous enforcement of the anti-money laundering (AML) rules by the SEC and FINRA discourages firms from making a market in OTC Markets issuers. The number of AML cases brought by the regulators against nearly all customer servicing firms and the fine amounts against those firms is astonishing. US regulators imposed a total of $19.85 billion in AML fines between 2002 and April 2019.11

I am told by colleagues who have dealt with the regulators that nearly all firms settle these regulatory actions rather than contest them. It is virtually impossible to successfully defend them because the enforcement actions typically involve hypothetical “could/should have” allegations, rather than an actual money laundering transaction. Further, the courts typically give deference to the regulator’s interpretation of the regulations.

In such case when there is no incident that has actually occurred, it is virtually impossible to defend against a regulator’s subjective view that more “could/should” have been done by the firm. It is no wonder that nearly all firms settle these regulatory actions, rather than contest them.

Many regulatory sanctions against firms relate to “suspicious activity reports” (SARs). The regulators can fine a firm if the regulator determines:

Of course, the regulators have the benefit of hindsight and typically are judging the firm against a hypothetical, subjective standard as opposed to an actual incident of untoward activity. The regulator initiates an action and typically prevails by merely alleging that the firm did not file the SAR in a timely enough fashion, the filed SAR lacked sufficient detail, the firm should have filed a SAR, the firm filed too many SARs, etc. In other words, whatever the firm did or didn’t do, it should have done it better.

This overreaching by the regulators acutely manifests in the OTC Markets and in the lower-priced NASDAQ issuer ecosphere because customary behavior and activity in this ecosphere are “red-flags” that could/should have trigger(ed) a SAR filing in the eyes of the regulator. See the following examples of ordinary and customary behavior in the smaller cap, thinly-traded issuer ecosphere that are FINRA “red flags”14 requiring the filing of a SAR.

Comment: “Large block” is not defined – I have been told that regulators consider 10,000 shares or more a large block. For smaller cap issuers, with thinly traded and lower priced securities, virtually every stockholder owns more than 10,000 shares requiring deposit. 10,000 shares of a $.50 stock = $5,000. Nothing out of the ordinary here in the smaller cap ecosphere, but it is a “suspicious activity” for SAR purposes.

Comment: This is common practice in the smaller cap issuer, thinly traded ecosphere. A stockholder, who has held paper certificates for months, if not years, wants to sell the shares, so the stockholder opens an account at one of the few brokerage firms that actually will accept the paper certificates and process a sale transaction. The stockholder then wires the money to the stockholder’s normal brokerage account. Nothing out of the ordinary here in the smaller cap ecosphere, but it is a “suspicious activity” for SAR purposes.

Comment: Since very few firms accept deposits in low priced securities, it is very common to have one firm receive multiple shareholder deposits in an issuer’s securities at or around the same time. Nothing out of the ordinary here in the smaller cap ecosphere, but it is a “suspicious activity” for SAR purposes.

Comment: Price movements are always exaggerated in thinly traded securities. Nothing out of the ordinary here in the smaller cap ecosphere, but it is a “suspicious activity” for SAR purposes.

Comment: Individual sales in a thinly-traded security typically represent a significant portion of the daily trading volume. For example, a customer sells 1,000 shares of a $.50 stock in a security that trades 2,000 shares daily on average represents majority of the trading volume. Nothing out of the ordinary here in the smaller cap ecosphere, but it is a “suspicious activity” for SAR purposes.

Comment: Guess what? Private securities offerings of smaller cap issuers ALWAYS involve selling shares to friends and family. Nothing out of the ordinary here in the smaller cap ecosphere, but it is a “suspicious activity” for SAR purposes.

Not surprisingly, many firms have simply stopped allowing deposits, resales and sometimes even purchases of low-priced securities. This reminds me of a classic Ronald Reagan quote regarding a regulator’s view of economic activity: “If it moves, tax it. If it keeps moving, regulate it. And if it stops moving, subsidize it.”

The regulators have almost succeeded in killing the ability of OTC-traded issuers to raise capital in private offerings. If investors are unable to deposit the paper certificates and sell the shares, they will cease investing in OTC-traded issuers, which are already starving for capital.

* A reader suggested this would be an apropos title for an article discussing the OTC Markets since most OTC Markets companies are tied to the “whipping post” of low trading liquidity, virtually no investment analyst coverage, and virtually no non-toxic capital, which collectively create an inhospitable environment.

1. The decline in the number of US publicly listed companies (so-called “listing gap”) is virtually 100% explained by the disappearance of the smaller IPO (<$50 – $100 million) beginning in 2000, i.e., smaller-cap companies began avoiding the public markets in droves since 1999. See “Hunting High & Low: The Decline of the Small IPO and What to Do About It.” Lux and Pead, April 2018 at p. 8.

2. “Exchange-listed” refers to issuers listed on Nasdaq and NYSE.

3. One recent example is the SEC’s request for suggestions to alleviate the plight of thinly-traded issuers. See the Commission Statement on Market Structure Innovation for Thinly Traded Securities.

4. Special thanks to Mr. David Lopez, CEO of Matador Capital Markets, and former broker-dealer compliance officer, for providing much of the data included in this article.

7. Three of them are domiciled in the US (Greyscale Bitcoin Trust, Freddie Mac and Fannie Mae), but none of those are corporate operating businesses. The remaining 17 are foreign common stock or American Depositary Receipts (ADR) issuers.

12. The regulator is judging from its “ivory tower” perspective of how quickly the busy brokerage firm, which is monitoring the activities of dozens or hundreds of brokers, processing daily tens of thousands of stock transactions, and opening and closing dozens of accounts daily, should have filed the form.

14. There are 98 FINRA red flags that require a SAR filing.