Protagonist Therapeutics (PTGX) announced Wednesday that it has earned a $25 million milestone payment from its research and development deal with Johnson & Johnson's (JNJ) Janssen Biotech, following dosing of the third patient in Protagonist's Phase 2b clinical trial of its candidate PN-235 for the treatment of moderate-to-severe plaque psoriasis.

The companies entered into their agreement in 2017 with the objective of extending Janssen's blockbuster Stelara franchise and transitioning from injectable to oral targeted therapy. Stelara is FDA-approved for the treatment of psoriasis, psoriatic arthritis, Crohn’s disease and ulcerative colitis — a franchise worth $8.75 billion in 2021.

PN-235 is an oral receptor specific peptide antagonist that blocks the IL-23 receptor and pathway. IL-23 is a key protein involved in the body's inflammatory response.

The Phase 2b study, called FRONTIER 1, is a multicenter, randomized, placebo controlled, dose-ranging trial to evaluate the safety and efficacy of PN-235 in moderate-to-severe plaque psoriasis that commenced on February 3, 2022 and is expected to enroll 240 participants.

Protagonist has now been paid $112.5 million by Janssen as part of the collaboration, and is eligible to receive an additional $850 million in development-related milestone payments. 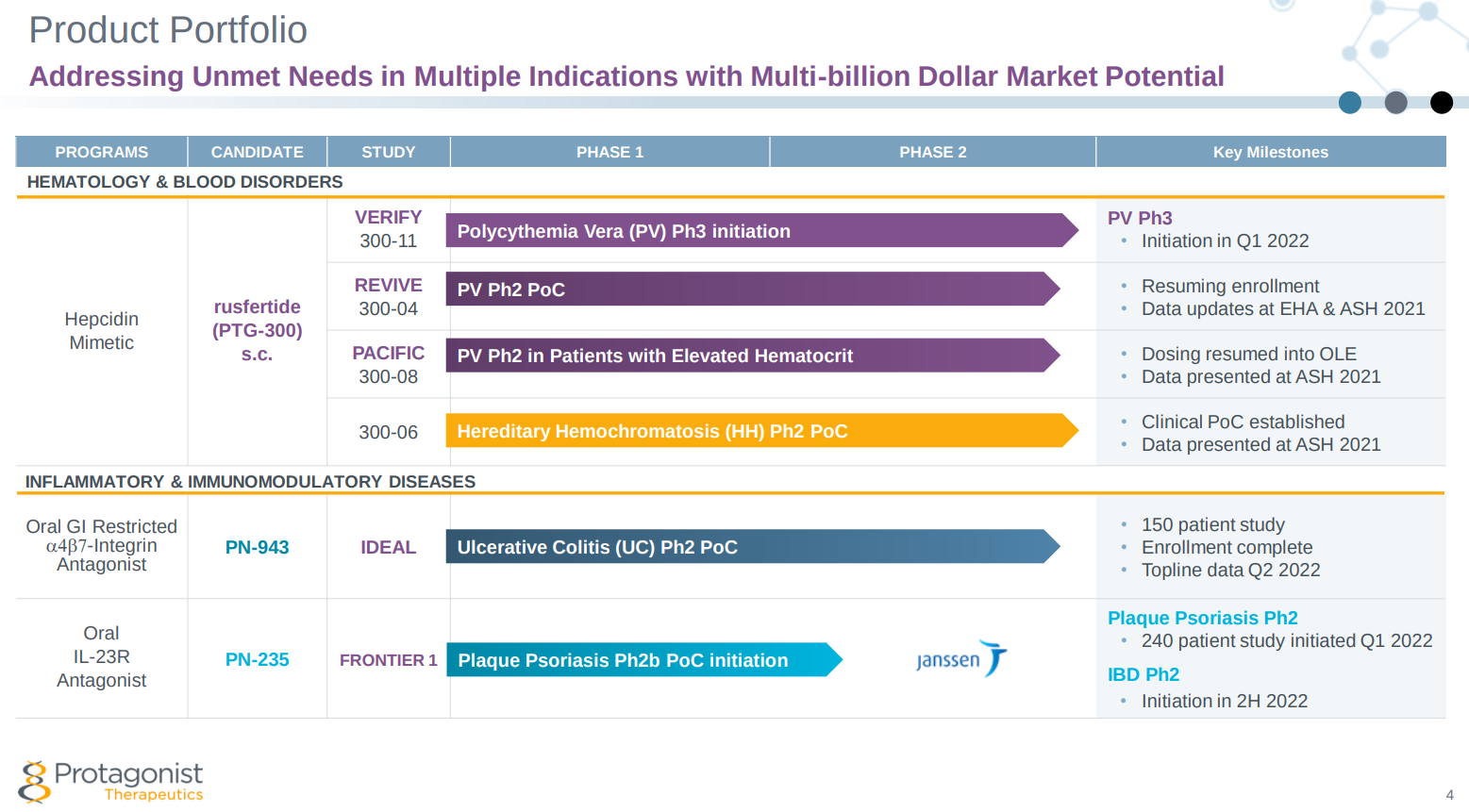 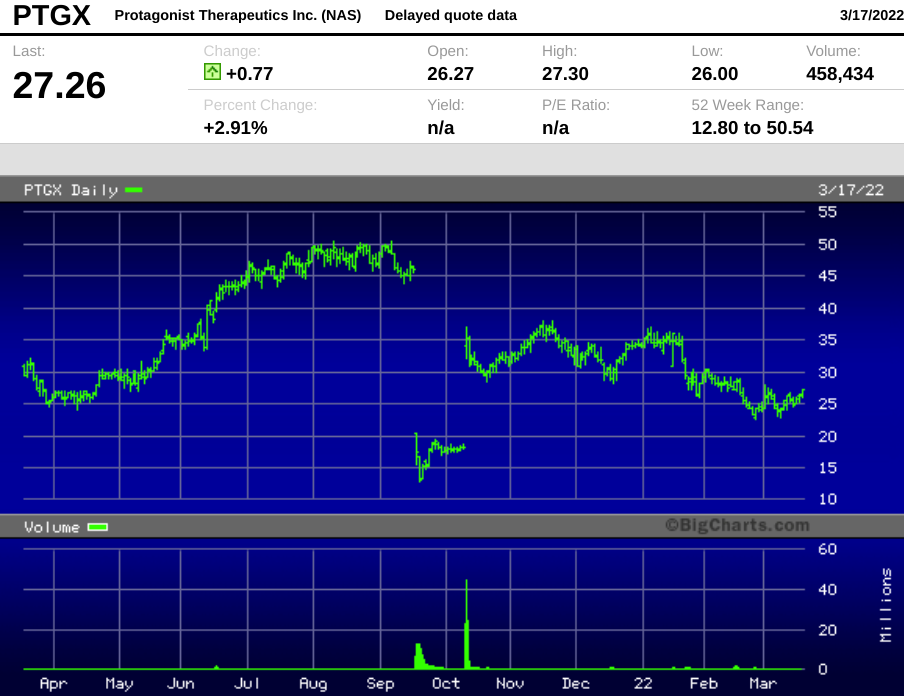 Protagonist Therapeutics went public in August 2016, raising $93 million in gross proceeds at $12 per share for a post-IPO market cap of about $200 million.

The company's first experience with the binary event nature of being a clinical stage public biotech came in September 2021, when the FDA placed a clinical hold on trials of rusfertide, Protagonist's candidate for a blood disorder therapeutic. The stock collapsed by 62% on the day of the disclosure.

Less than a month later, the FDA lifted its hold, and stock rebounded, gaining back a little more than half of the loss, and has languished since then, closing Wednesday at $26.49. 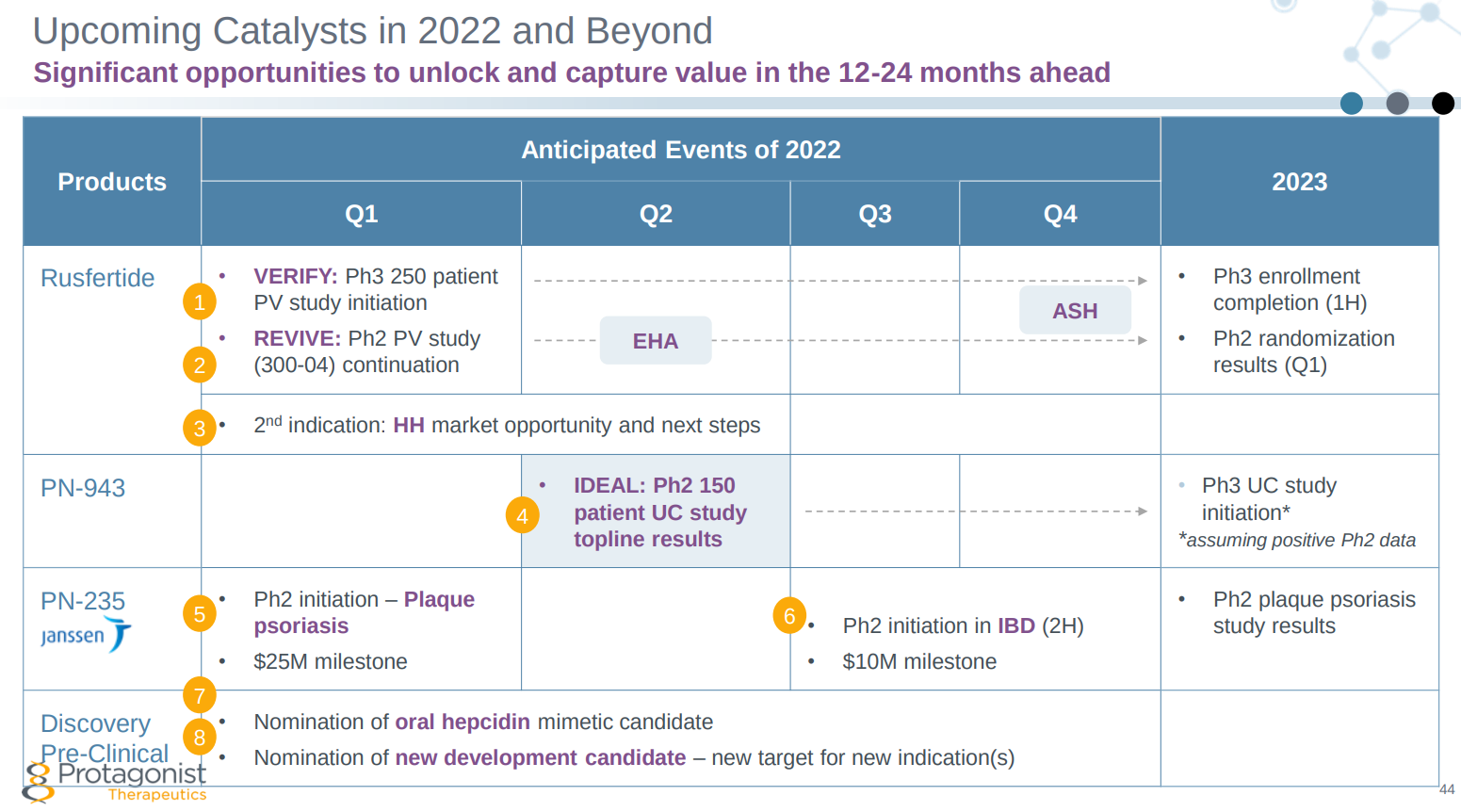 Image:Oil pumps, Usinsk Region, Komi, Russia. Source:PeterProkosch, GRID-Arendal,CC BY-NC-SA 2.0, via Flickr A potential massive run on Russian banks, which host over $1 trillion in assets, is just the tip of the iceberg. Western governments have imposed economic heavy sanctions on Russia for its actions involving Ukraine. This has...