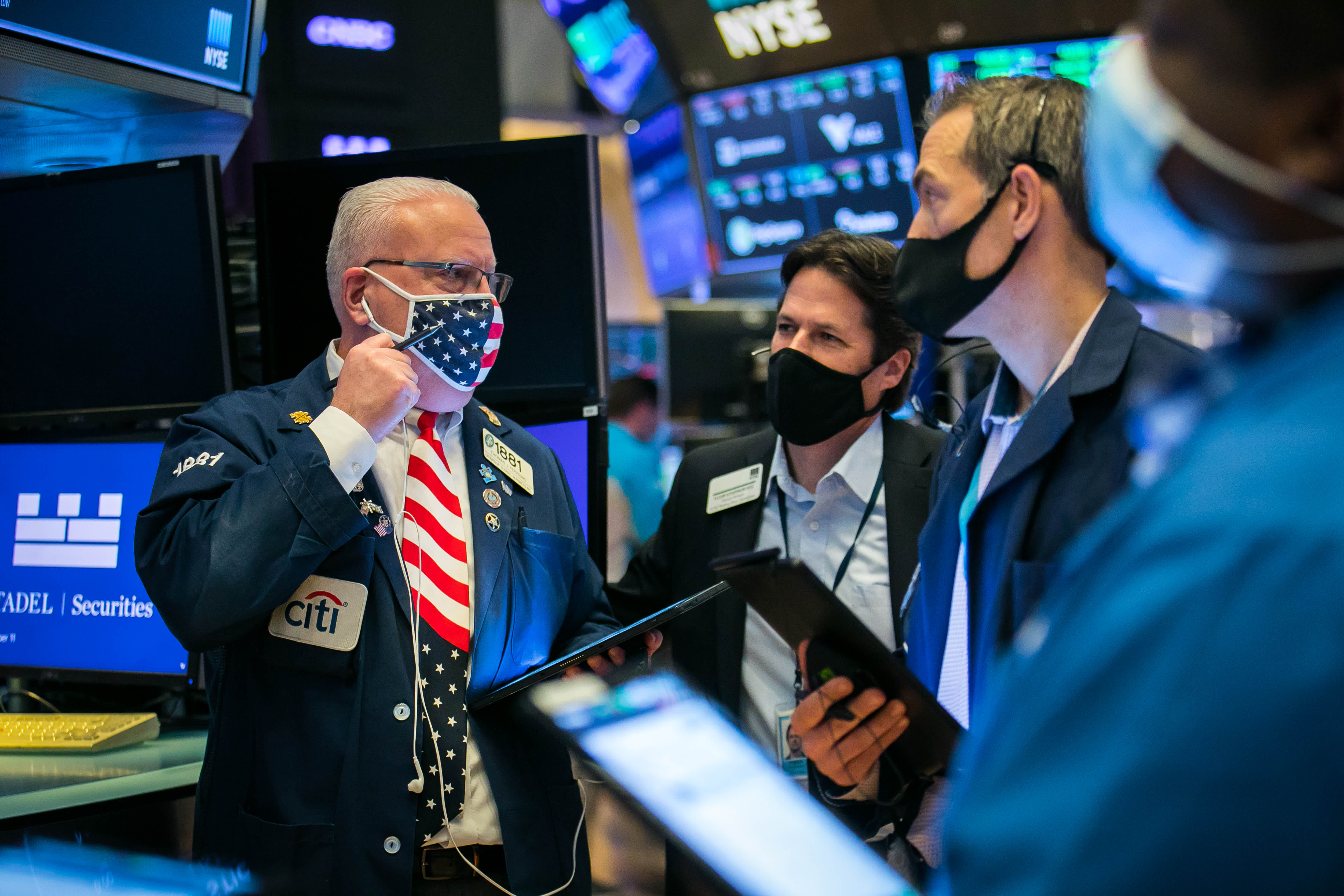 U.S. stocks fell on Monday amid weakness in bank stocks caught in the downdraft of Friday’s margin call, as investors assessed the ripple effect from the forced block trades.

Shares of ViacomCBS and Discovery fluctuated after intense selling pressure last week. The two companies were believed to be hit by forced liquidation of positions held by the multibillion dollar family office Archegos Capital Management, a source familiar with the situation told CNBC.

Discovery gained about 2%, while ViacomCBS dropped more than 5%. The two companies had lost 27% apiece during Friday’s selloff.

Elsewhere, Boeing was up 3% on news that Southwest Airlines had added 100 orders for the airliner’s 737 Max jet. The first 30 jets are scheduled for delivery in 2022.

Credit Suisse shares tumbled 13% as the bank warned it would face a “significant” hit to its first-quarter results due to the bank having to exit hedge fund positions related to the forced selling. Nomura also warned that it could get hit, sending its shares down nearly 15%.

Bank stocks weighed on the Dow industrials, with Goldman Sachs down more than 3% and JPMorgan Chase off 1.4%. The weakness came as government bond yields edged lower to start the week.

Though the market was taking a hit from the Archegos stumble, the situation is unlikely to have lasting impacts on the broader market, according to Bespoke Investment Group.

“While other funds may be caught in the mess, we fail to see how this specific car crash of a trade ends up propagating across the financial system via counterparty default,” Bespoke said in its morning note. However, the firm did caution that investors should “get used to the GMEs and Archegos of the world, because they seem to be happening with more frequency even if their fall-out is contained.”

On Friday, all three major benchmarks rallied to their session highs into the close with the blue-chip Dow closing about 450 points higher. The S&P 500 eventually climbed 1.7% to hit a record closing high. The Nasdaq Composite wiped out a 0.8% loss and ended Friday 1.2% higher.

Traders are bracing for heightened volatility during this holiday-shortened week with quarter-end rebalancing among pension funds and other big investors. The recent swift advance in bond yields could set up money managers for big adjustments in their portfolios.

The Dow and the S&P 500 have risen 6.9% and 4.3%, respectively, so far in March. The tech-heavy Nasdaq, however, has dipped 0.4% this month as some investors jumped high-flying technology names amid rising yields.

Investors are awaiting updates from President Joe Biden about his infrastructure plan which could cost north of $3 trillion. The president is expected to unveil his plan when he travels to Pittsburgh on Wednesday. White House press secretary Jen Psaki said Sunday Biden plans to roll out two packages in the coming months, the first covering infrastructure and the second covering health and family care.

“The market isn’t placing very high odds on this infrastructure/tax blueprint coming to fruition and while Biden probably won’t get everything he’s asking for, Congressional Democrats and the White House are VERY intent on passing some substantial bills in the coming months,” Adam Crisafulli, founder of Vital Knowledge, said in a note.

The stock market is closed for the Good Friday holiday, but the March jobs report is still slated for release that morning. Economists expect 630,000 jobs were added in March, and the unemployment rate fell to 6% from 6.2%, according to Dow Jones.

People wait in line at a food distribution site in the South Bronx on March 10, 2021 in New York. Spencer Platt | Getty Images News | Getty Images It’s been about a year since millions of Americans filed for unemployment benefits in the early days of the Covid...

Keith Gill, the Reddit trading crowd’s favorite and the man who inspired the epic GameStop short squeeze,, just doubled down on his bet on the video game retailer, forgoing millions of dollars in quick profit to ramp up his stake. The investor, who goes by DeepF——Value on Reddit and...

U.S. stocks rose again on Friday as the market’s rally to records carried on amid strong earnings from blue-chip companies as well as solid data signaling a snapback in the economy. The Dow Jones Industrial Average gained 150 points after crossing the 34,000 threshold for the first time ever....