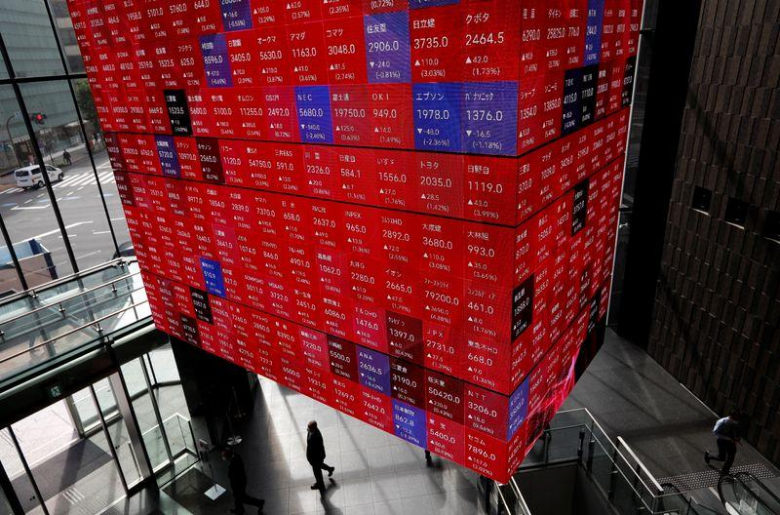 The dollar edged higher while U.S. and European shares rallied on Monday after easing concerns about the Omicron coronavirus variant led investors to buy stocks that will likely perform well in a rising interest rate environment.

Yields on U.S. government debt surged, with the benchmark U.S. 10-year Treasury yield climbing back above 1.4% after sliding last week to its lowest level since late September.

Gold prices slid on the firmer dollar and rising Treasury yields, but losses were limited on expectations that U.S. consumer price data due later this week will show the pace of inflation quickening.

Stocks on Wall Street closed a sea of green as economically sensitive value stocks, led by banks and energy shares, rose 1.46% compared to a 0.94% gain in growth stocks.

Federal Reserve policymakers are likely to accelerate the tapering of their bond-buying program when they meet next week in response to a tightening labor market. They also are likely to hike rates earlier than projected to keep inflation down.

There have been roughly six periods since the 1990s marked by rising rates when value did better than growth, said Brian Pietrangelo, managing director of investment strategy at Key Private Bank in Cleveland.

Energy and banking were big movers in Europe, closing up 1.86% and 1.83%, respectively. Industrials and consumer staples were the S&P’s strongest sectors, rising 1.64% and 1.60%.

The rebound after a recent sell-off shows investors are not giving up on the prospect of a “Santa Claus rally” as Omicron fears recede, said Sam Stovall, chief investment strategist at CFRA Research.

“This Omicron variant, while still largely unknown, through anecdotal evidence points to something that will not be as ground-shaking as was originally thought,” Stovall said.

Omicron has spread to about a third of U.S. states, but the Delta version remains the majority of COVID-19 infections in the United States, health officials said on Sunday.

Dr. Anthony Fauci, the top U.S. infectious disease official, told CNN it does not look like Omicron has a “great degree of severity.”