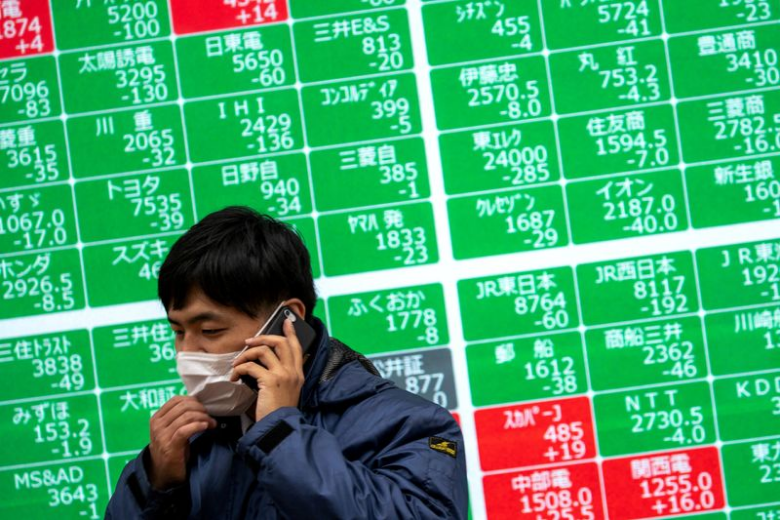 European stocks fell on Thursday as cautious investors continued to assess how far and fast the U.S. Federal Reserve will begin raising interest rates this year.

But Chinese stocks were a bright spot after the country cut benchmark mortgage reference rates to ease pressure on its property sector.

The STOXX index of 600 European companies was down 0.17% at 480 points, below its lifetime high of 495.46 points hit in the first week of trading this year. Blue-chip indexes in Frankfurt, Paris, and London were all lower.

Gains in Asia helped to counter the pullback in Europe to keep the MSCI all-country stock index in positive territory, up 0.16% at 728 points, but still down about 3.8% so far this year.

“There is a tonne of caution now,” said Seema Shah, chief strategist at Principal Global Investors.

“The key factor that markets are thinking about is Fed tightening,” she said.

A Reuters poll of economists showed they expect the Fed to tighten monetary policy at a much faster pace than thought a month ago to tame high inflation.

Shah said the year opened with elevated valuations in markets and the sell-off in bonds since then has fuelled a growing sense of caution as markets ask if they have priced in enough Fed rate hikes.

“That’s what’s driving a lot of the caution at the moment. Even with four hikes, the question is, is that enough, and should we get ahead of this continued forecasting that we have been seeing,” Shah said.

European Central Bank head Christine Lagarde said eurozone inflation will decrease gradually over the year, adding that the ECB did not need to act as boldly as the Fed because of a different economic situation.

Analysts said global growth still remained solid but investors wanted the reassurance of that in the earnings season now unfolding.