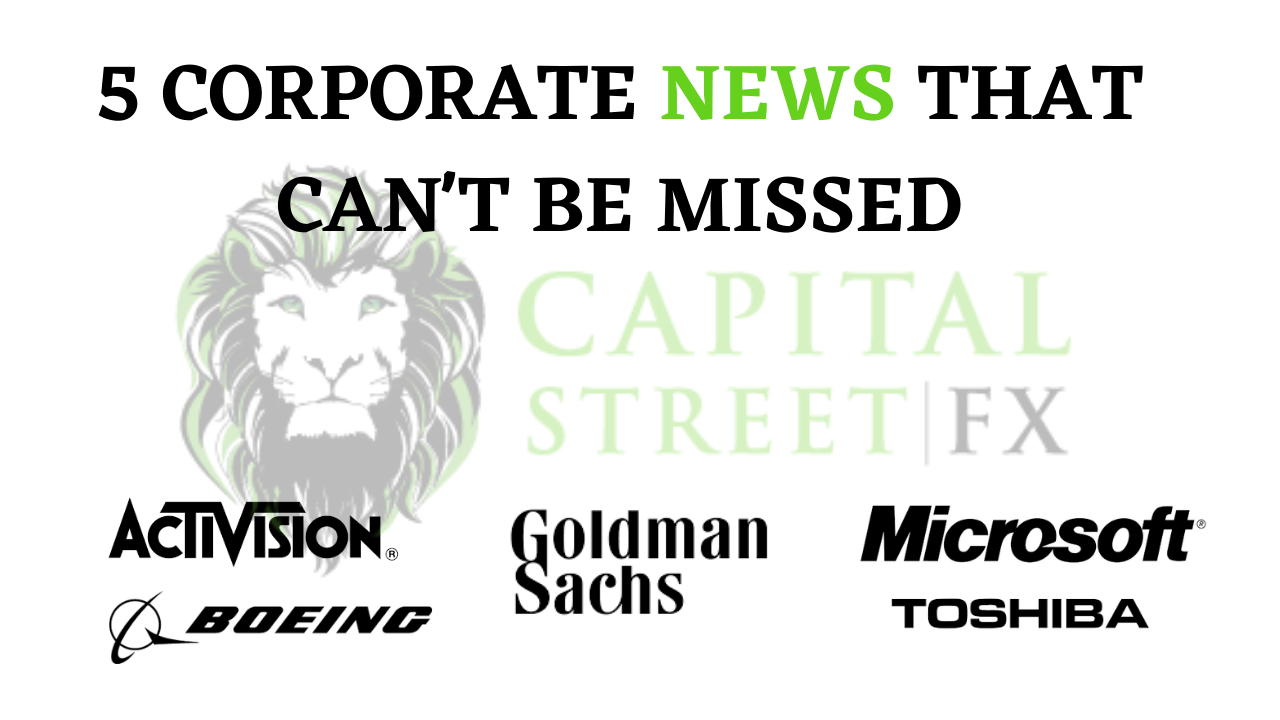 1.BOEING: Boeing  Co is in advanced talks with Qatar Airways to secure a launch order for a proposed new freighter, and a deal could come as early as next week when the country’s ruling emir visits Washington, two people familiar with the matter said on Tuesday.

Qatar Airways is looking at renewing its existing fleet of around 34 freighters with the larger new 777X version in a deal potentially worth $14 billion at list prices, the people said. Qatar has indicated it is willing to look at buying as many as 50 freighters, with the larger number likely to include options.

2.TOSHIBA:  Toshiba  Corp on Wednesday said it had partially restarted production at a semiconductor plant in Oita, southern Japan, that was halted after a strong earthquake hit the area at the weekend.

One of the two production lines at the factory was restarted on Wednesday, Toshiba Electronic Devices & Storage Corp said in a statement. It did not say when the other line would reopen.

The plant makes system LSI chips, around 60% of which are sold to automakers and industrial machinery makers.

The company also makes those chips at a factory in northern Japan, with other domestic producers, such as Renesas Electronics Corp, also building the devices.

3.GOLDMAN SACHS:- High valuations and one of the strongest recoveries from a bear market in history have left equities vulnerable to a correction but the recent fall is not indicative that markets have reached a “danger zone” level yet, Goldman Sachs said in a note.

“While it has not reached danger zone levels that typically precede a bear market (a fall of at least 20%), it has reached levels which have typically been consistent with corrections and relatively low returns over the next one and five years,” the U.S. investment bank said on Wednesday.

Goldman Sachs said markets are in a correction phase within a bull market cycle and current levels signify relatively low returns over the next one to five years.

4.MICROSOFT: -Microsoft Corp forecast revenue for the current quarter broadly ahead of Wall Street targets, driven in part by its Intelligent Cloud unit.

The outlook soothed concerns about growth sparked by results for the December quarter, which initially dragged on Microsoft ‘s shares in after-hours trade. But the shares reversed course following the outlook, trading 3% above the closing price.

Investors were seeking assurances that the enterprise cloud business is still growing strongly and got it from Microsoft.

“So the quarter itself was, ho hum. Good, but not as great as we’ve seen past quarters,” said Brent Thill, an analyst at Jefferies. “But then the guidance for the third quarter really turned the tape around and saved the Nasdaq, if you will.”

Thill said Microsoft’s guidance that Azure revenue would be up sequentially was strong assurance that cloud demand was solid.

Microsoft forecast Intelligent Cloud revenue of $18.75 billion-$19 billion for its fiscal third quarter, driven by “strong growth” in its Azure platform. That compared with a Wall Street consensus of $18.15 billion, according to Refinitiv data.

Microsoft delivered strong outlooks in other areas, too.

The More Computing unit expects revenue of $14.15 billion-$14.45 billion for the third quarter, ahead of the Wall Street target of $13.88 billion, and Productivity and Business Processes of $15.6 billion-$15.85 billion compared with the consensus target of $15.72 billion.

5.ACTIVISION :-Activision Blizzard said on Tuesday that it was unable to reach an agreement with the Communications Workers of America as the union seeks recognition of a unit at its Raven studio.

The U.S. video game company said in a statement that it expects the CWA to file a petition with U.S. National Labor Relations Board for a union election at the studio.