1.VOLKSWAGEN:  Software Volkswagen AG  used to alter pollutant emissions based on the outside temperature and altitude is illegal and cannot be justified by its role in protecting the engine, an adviser to the EU’s top court said on Thursday.

The finding, if confirmed by the Court of Justice of the European Union (CJEU), would be the latest blow to the German carmaker in a series of cases following its 2015 admission of wrongdoing in the Dieselgate scandal.

Judges at the CJEU typically follow opinions of the advocate general, but are not bound to.

The case, brought by consumers in Austria, centres on software controlling a valve that recirculates exhaust gases from the engine outlet. This reduces emissions of nitrogen oxides (NOx), which can cause respiratory problems in humans.

The software shuts off the valve at temperatures outside the range of 15-33 Celsius (59-91 F) and at altitudes above 1,000 metres (3,280 feet), increasing NOx emissions. The consumers contend this is a prohibited defeat device, for which they should be compensated.

2.PFIZER:-Pfizer stock  traded 1% higher in Thursday’s premarket following the Food and Drug Administration’s approval of booster shots of its Covid-19 vaccine for people at higher risk of infection.

This means that people 65 years and older and vulnerable individuals at risk of catching the illness will be able to get a third shot of the Pfizer-BioNTech mRNA vaccine. The two companies developed the vaccine jointly and share the revenue from the vaccine sales equally.

Patients should receive a booster at least six months after taking the second dose, the FDA said.

“If you look at the industry-wide expansion of production capacities over the past six months, enough doses should be available by the middle of next year so that everyone on this earth can be vaccinated. Boosters should also be possible to the extent required,” he told the newspaper in an interview.

Vaccinations would soon be available even for infants, he said.

“Those who do not get vaccinated will immunize themselves naturally, because the Delta variant is so contagious. In this way we will end up in a situation similar to that of the flu. You can either get vaccinated and have a good winter. Or you don’t do it and risk getting sick and possibly even ending up in hospital.”

Asked if that meant a return to normal in the second half of next year, he said: “As of today, in a year, I assume.”

Bancel said he expected governments to approve booster shots for people already vaccinated because patients at risk who were vaccinated last autumn “undoubtedly” needed a refresher.

4.GENERAL MOTORS:–General Motors Co said on Thursday it will invest $300 million in Chinese autonomous driving startup Momenta to develop self-driving technologies for future models in China, its first such tie-up in the world’s biggest car market.

Momenta is among the few companies that hold a permit for gathering high-definition maps in China, a key tool in autonomous driving technologies. It is working with automakers to develop mass-production vehicles with self-driving functions to gather real-time data.

The company is also backed by SAIC Motor, GM’s main Chinese partner, as well as Toyota Motor  and Daimler AG .

“Customers in China are embracing electrification and advanced self-driving technology faster than anywhere else in the world, and the agreement between GM and Momenta will accelerate our deployment of next-generation solutions tailor-made for our consumers in China,” said Julian Blissett, GM’s China chief.

The U.S. automaker said in June it would spend $35 billion through 2025 on electric vehicles and autonomous driving technologies globally. Earlier this month, its venture capital arm invested in Oculii, a U.S. maker of software for radar sensors used in self-driving cars.

5. BOEING: Boeing Co raised its forecast slightly on Thursday for China’s aircraft demand for the next 20 years, betting on the country’s quick rebound from COVID-19 and future growth in its budget airline sector and e-commerce.

Chinese airlines will need 8,700 new airplanes through 2040, 1.2% higher than its previous prediction of 8,600 planes made last year. Those would be worth $1.47 trillion based on list prices, the U.S. planemaker said in a statement.

The 1.2% increase contrasted with the 6.3% growth Boeing  forecast last year, which made China a bright spot in the aviation market at the height of coronavirus lockdowns worldwide.

Earlier this month, Boeing revised up long-term forecasts for global airplane demand on the back of a strong recovery in commercial air travel in domestic markets like the United States. 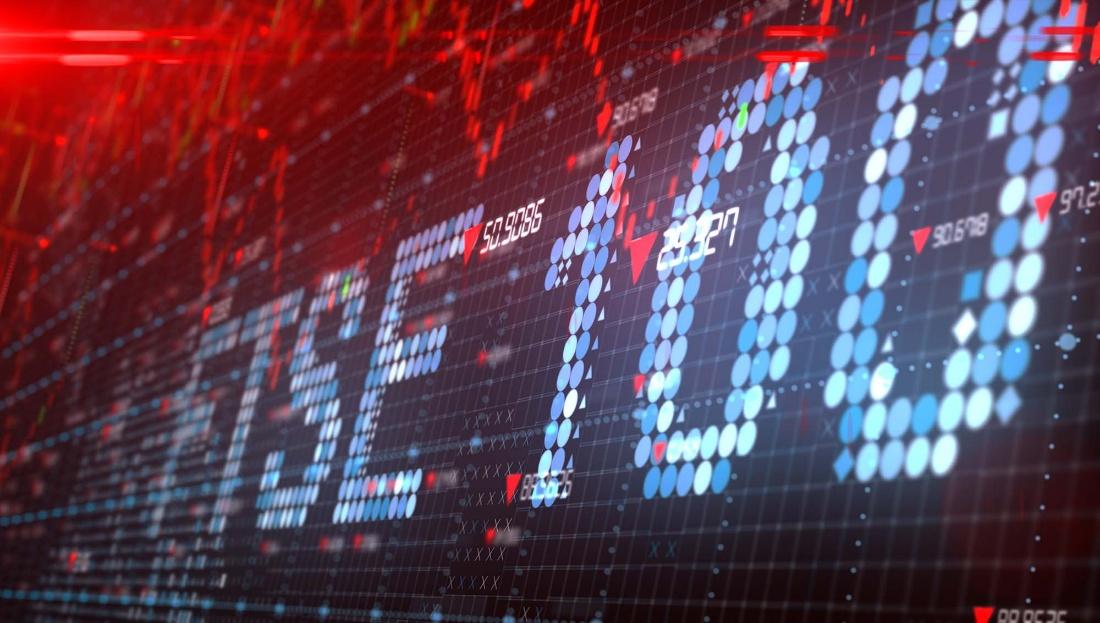 UK’s FTSE 100 edges lower; PMI data awaited The export-oriented FTSE 100 edged lower on Monday, with energy stocks leading losses, while investors were on the edge ahead of business