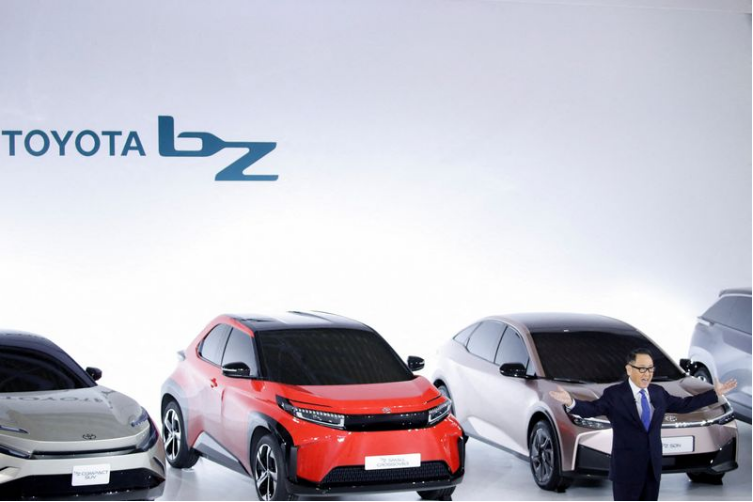 Toyota Motor Corp on Tuesday committed 8 trillion-yen ($70 billion) to electrify its automobiles by 2030, half of it to develop a battery electric vehicle (BEV) line-up, as it looks to tap a growing market for zero-emission cars.

But the world’s biggest carmaker, which is a relative latecomer to full electric cars, said it expected annual BEVs sales to reach only 3.5 million vehicles by the end of the decade, or around a third of its current vehicle sales.

That is less than bigger rivals such as Europe’s No. 1 carmaker Volkswagen (DE:VOWG_p), which in July predicted that half of its global vehicle sales will be battery-powered cars by that date.

On technical fronts Toyota Motor Corp RSI stood at 49.14 and currently stock is trading below all MA. So, SELL position can be taken with following target and stoploss: