NEW DELHI: The 10-year benchmark government bond yield rose to its highest level in one-and-a-half years on Wednesday as the relentless rise in global crude oil prices and worries of higher inflation worldwide led to speculation about the Reserve Bank of India tightening monetary policy sooner than later.

Yield on the 10-year paper has climbed 8 basis points since the RBI’s monetary policy statement on October 8, corresponding to a fall in price of roughly 56 paise. Bond prices and yields move inversely.

Brent crude oil prices, the global benchmark, have skyrocketed around 19 per cent since September due to concerns of global demand outstripping supply; a concern that has been amplified by a recent acute shortage of coal and natural gas worldwide.

Brent crude futures for December delivery on the ICE Futures Europe exchange added 0.9 per cent to close at $85.08 per barrel on Tuesday, the highest settlement since October 3, 2018. November futures on the New York Mercantile Exchange closed at an over-seven-year high of $82.96 per barrel, up 0.6 per cent.

For India, this does not bode well. Given that the country is a huge importer of the commodity, the surge in crude oil prices presents significant upside risks to inflation while worsening the outlook on the trade deficit.

The market’s jitters about higher domestic interest rates can be gauged from the fact that government bond yields are where they currently are despite successive sharp declines in Consumer Price Index-based inflation over the last couple of months.

The pitch is all the more queered when one looks at the signals emanating from central banks in advanced economies. The US Federal Reserve has already said that it is likely to start rolling back its massive quantitative easing programme from next month, while the Bank of England earlier this week said that it is considering rate hikes to tame inflationary pressure.

The talk of a tighter monetary policy has pushed yield on the 10-year US Treasury note up by 34 basis points in the space of a month, with yield on the world’s most sough-after fixed income asset last at 1.65 per cent.

This has also had the knock-on effect of leading to the global strengthening of the US dollar over the last month or so, the domestic impact of which can be seen in the 1.2 per cent depreciation of the Indian rupee versus the greenback since the beginning of October.

Higher interest rates in the world’s largest economy, coupled with a tightening of the global liquidity spigot, may result in outflows of overseas investment from the Indian debt market. The rupee’s volatility may also weaken FPI appetite for Indian bonds as a depreciating currency eats into the returns earned by overseas players from these investments.

While the RBI kept interest rates unchanged at its last monetary policy statement and has several times reiterated its commitment to providing all possible support to economic growth, bond traders fear that the central bank will have to scale down accommodation soon, given the global environment of tighter financial conditions.

While the market is split on the timing of a hike in interest rates (beginning with the reverse repo rate which is the current operative policy rate), consensus seems to be building that the RBI cannot continue to maintain a massive surplus of liquidity in the banking system –currently estimated at around Rs 6-7 lakh crore.

The central bank has already given indications that it is unwilling to add more durable liquidity in the banking system by discontinuing its Government Securities Acquisition Programme, but the talk in the market is that going ahead, tougher measures may have to be taken to bring the surplus down.

“The RBI is in a tough spot. The only way to prevent the 10-year from breaching 6.40 per cent is by doing OMOs, but doing OMOs right now is tricky given the liquidity situation. It is possible that RBI is letting yields drift higher because market fundamentals warrant it, but if volatility is to be prevented, then RBI will have to step in. Stop-losses have been triggered at multiple levels,” a senior treasury official with a large foreign bank said.

The RBI is indeed, in a spot. The economy has not sufficiently recovered from the scars of the Covid-19 crisis to afford a sharp rise in borrowing costs. Higher interest rates and consequently higher sovereign yields will lead to a rise in funding costs for all sectors of the economy, right from corporate entities to those seeking home loans.

Just when domestic CPI inflation has been on a downward trajectory, the central bank is faced with what seems to be the perfect storm on the external front. 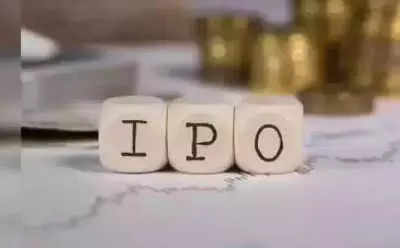 In the international market, gold trading lower at $1,781 per ounce and silver flat at $22.38 per ounce.

Silver declines Rs 6,000 in 4 weeks. Is it time to buy the precious metal?

The prices of spot silver have declined more than Rs 6,000 per kilogram after November 15, the month’s high. The white metal was available at Rs 66,883 per kg on November 16, but exchanged hands at Rs 60,843 per kg on Friday, December 3.