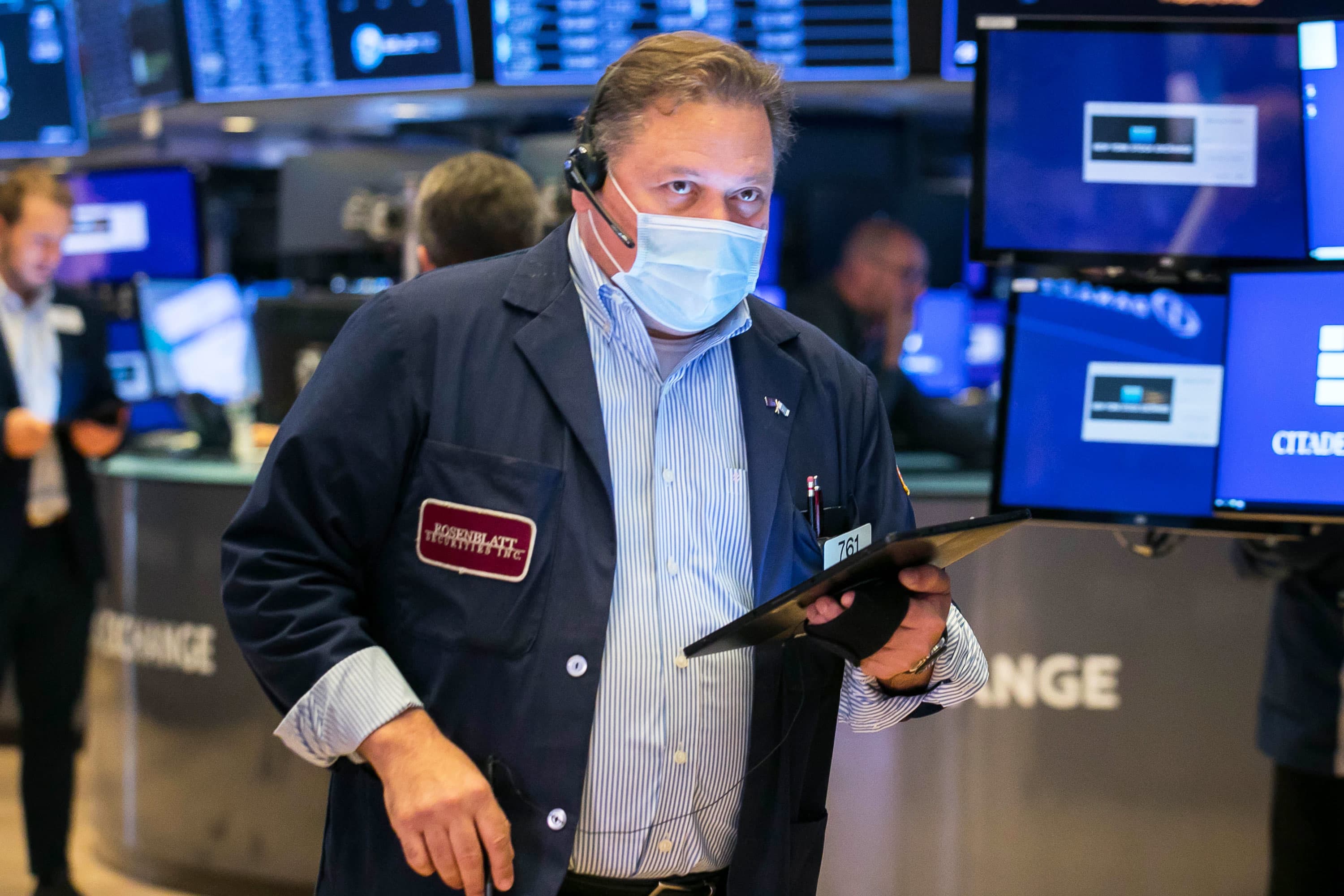 U.S. stock index futures rose slightly on Wednesday after a core reading of inflation came in lighter than expected.

On Tuesday, the Dow and S&P 500 closed at record highs following the Senate passing the $1 trillion infrastructure bill.

July’s Consumer Price Index was released on Wednesday morning showing prices rose 5.4% since last year, compared to expectations of 5.3%, according to economists surveyed by Dow Jones. The index rose TK% since last month, compared to estimates of 0.5%.

If the report comes in even hotter than expected, stocks could take a hit on fears it may cause the Fed to taper its monthly $120 billion bond purchases on a faster schedule than the market is prepared for, setting the table for an eventual rate increase.

The 10-year Treasury yield was slightly higher into the report at about 1.37%.

Oil prices dropped Wednesday after the White House called on OPEC and its allies to increase oil production to support the global recovery from the pandemic. Futures contracts for West Texas Intermediate crude fell by more than 1% to about $67.44 per barrel. European benchmark Brent crude also slipped by more than 1% to about $69.85 per barrel. Both contracts have traded above $70 per barrel in recent weeks.

On Tuesday, the Dow gained 162.82 points, or 0.46%, while the S&P 500 advanced 0.1%. Both hit all-time intraday highs while also closing at records. The Nasdaq Composite slid 0.49%, registering its second negative session in the last three. The dip came as treasury yields advanced, weighing on growth-oriented areas of the market.

The Senate passed the infrastructure bill Tuesday, which earmarks $550 billion in new spending for areas including transportation and the electric grid. The bill now heads to the House, although Speaker Nancy Pelosi, D-Calif., has said she will not bring it to the floor until the Senate also passes a budgetary proposal.

Cyclical areas of the market got a boost during trading, helped by both the bill’s passage and the rise in rates. The energy, materials, industrials and financials sectors all advanced more than 1%.

The march to record highs for stocks comes despite Covid case numbers rising in the U.S. and around the world.

“Widespread vaccine distribution and distancing measures have helped limit the variant’s impact, but we could still see some drag on economic growth as some restrictions are reintroduced and consumers potentially become more cautious,” said Barry Gilbert, asset allocation strategist at LPL Financial. “While we may see an increase in market volatility due to the Delta variant, we believe the S&P 500 is still likely to see more gains through the end of the year,” he added.

Earnings season continues on Wednesday with Wendy’s and Canada Goose among the names set to report prior to the opening bell. Lordstown Motors, eBay and Bumble are on deck for after-hour closes.

Through Friday, 87% of the S&P 500 companies that reported quarterly results have beat earnings estimates. The same percentage of companies beat revenue estimates during that timeframe.

“There’s been a lot to take in these last few weeks; major earnings, a hawkish Fed and some knockout economic readings,” said Craig Erlam, senior market analyst at Oanda. “Everything it seems is now pointing towards the Fed tapering its asset purchases in the coming months, with delta the only things potentially standing in its way as it spreads across the US (and many other countries).”