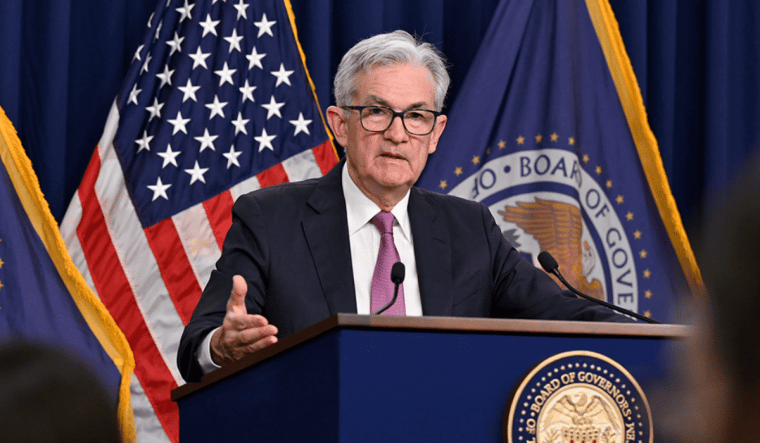 U.S. yields fall along with the dollar on dovish Fed wagers, while HK equities decline.

U.S. long-term Treasury yields sank to a more than seven-week trough on Friday while the dollar dropped back toward recent lows against major peers as markets continued to digest dovish signals from the Federal Reserve.

Expectations of a less aggressive pace of U.S. monetary tightening from as soon as next month continued to support some stock markets in Asia, but Hong Kong’s Hang Seng dropped as record COVID-19 infections in China dimmed the outlook.

The 10-year Treasury yield dipped to 3.65% in Tokyo trading, the lowest since Oct. 5, following Thursday’s U.S. Thanksgiving holiday. The two-year yield slipped to a one-week bottom at 4.424%.

The dollar index, which measures the greenback against the euro, yen and four other rivals, retreated 0.11% to 105.76, heading back toward Thursday’s low of 105.62.

It has been widely reported this morning that major protests erupted at the world’s biggest iPhone factory in the city of Zhengzhou in China, operated by Apple’s major supplier Foxconn. Apple previously warned that it is experiencing major supply issues amid China’s controversial Covid-zero policy.

“Many Apple stores and retailers are low on iPhone 14 inventory across the board as we believe for Black Friday weekend roughly 8 million iPhones will be sold down from 10 million in the year ago period with the gap being mostly supply driven,” Wedbush said in a client note.

US: The U.S. dollar stood close to a three-month low and was headed for a weekly loss on Friday, as the prospect of the Federal Reserve slowing monetary policy tightening as soon as December preoccupied investors and kept the mood buoyant.

Trading was thin overnight due to the Thanksgiving holiday in the United States, though a softer dollar remained in focus.

Minutes from the Fed’s November meeting released earlier this week showed that a “substantial majority” of policymakers agreed it would “likely soon be appropriate” to slow the pace of interest rate rises – remarks that sent the greenback tumbling.

The Fed’s aggressive rate increases and market expectations of how high the central bank could take them has been a huge driver of the dollar’s 10% surge this year.

British house prices will fall in 2023, putting an end to years of bumper rises, but a large crash was unlikely despite the cost-of-living crisis and increased borrowing costs putting a lid on buyers’ ability to fund purchases, a Reuters poll found.

As in much of the world, inflation has soared in Britain and so the Bank of England is pressing ahead with a series of interest rate increases just as the economy slips into a recession. That has put a bigger hole in the wallets of indebted consumers.

House prices fell for the first time in 28 months in October, according to a survey from the Royal Institution of Chartered Surveyors which also showed a measure of expectations for house prices in 12 months’ time slumped.

They will fall 4.7% next year nationwide, marking the first annual drop in over a decade, having likely risen 6.3% this year, according to the Nov. 8-24 poll of 20 housing market specialists.

“There is a rebalancing but nothing like we saw after the global financial crisis. Supply is still relatively tight so that is helping support prices,” said Chris Druce at estate agency Knight Frank.

During the financial crisis house prices fell around 19% from peak to trough but have since roughly doubled, according to Land Registry data.